Started the day listening to Michael Heseltine being interviewed on The Political Party podcast in 2017. I’ve never voted Conservative, but I would have someone like him in power versus the current crop of politicians — on both sides of the house — in a heartbeat.

Perhaps – like a policy equivalent to a market adjustment – a new group of politicians will now emerge to supply the policy seriousness that is now demanded.

This would be like how in many wars, new worldly commanders come to the fore to replace the clumsy peacetime generals who make the initial mistakes.

But unless we soon have a generation of politicians that have the measure of the practical problems facing the United Kingdom then there can only be more chaos and crisis-management, instead of planning, thought and policy. 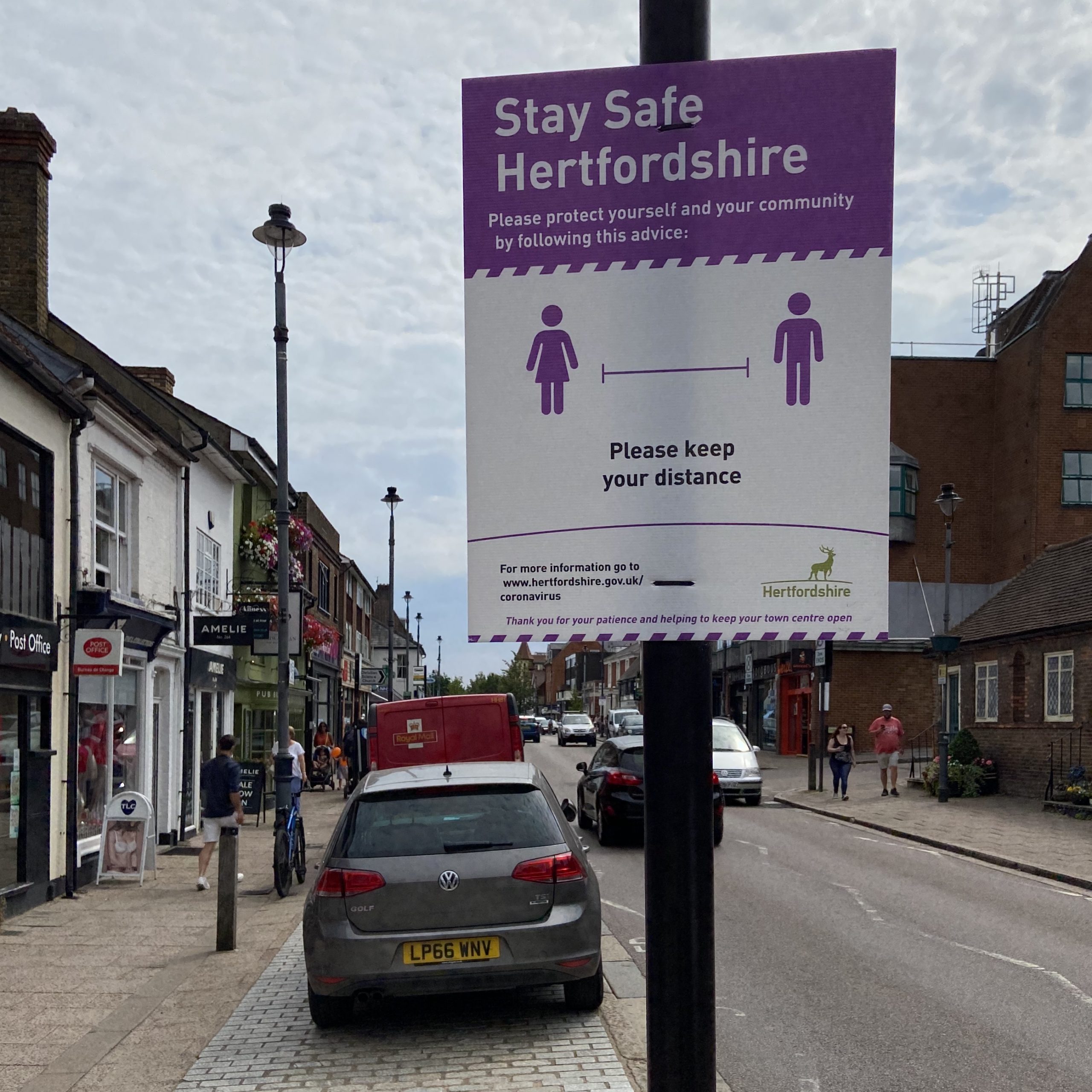 Although I’m now five months into new routines and a new way of life, I’ve been finding that my anxiety level has been creeping back up during the summer. The vast majority of my friends and family seem to have gone back to normal, pretty much giving up on social distancing. I feel that I want to shout out loud that there is still a pandemic on — the phrase that keeps coming back to me is the one uttered by Clark Griswold in the original National Lampoon’s Vacation when his family appeal to him to give up on their road trip to Wallyworld. “I think you’re all ****** in the head!” I understand the massive desire to get back to some kind of normality, I just don’t agree with taking the risks. I know that because of this, people think I am being ridiculous.

“You’re unlikely to get sick from it as you are relatively young and fit.” Yes, thankfully that’s true. But there’s a chance I could get it and be one of the unlucky ones for whom it has serious implications. The idea of having ‘long COVID’ doesn’t sound good either. And then, even if I caught it and had no symptoms at all, I could easily spread it to anyone else I come in contact with.

“I think it’s ok to sit in a restaurant as long as they have the windows open.” Yes, airflow reduces the risk, but why take the risk in the first place? Is it worth it? This is a highly contagious airborne virus; you need to take your mask off to eat, and you’ll be sitting close to your friends at the same table and potentially exposing yourself unnecessarily to the virus over a number of hours.

“There are lots of other things out there that you could get, or could happen, that could kill you.” That’s true, but there’s not many of those that we end up shutting down half of the world for because of the potential harm that they bring.

The more that people I know go back to normal, the less I want to see them, as I don’t trust that they have been careful in managing their own risk. I’m currently not prepared to sit in a restaurant indoors, visit my friends or family in their homes or have visitors to our house where they would spend their time inside. It has been difficult at times over the past few weeks where even those of us living under the same roof have had different opinions about the risks, but we’re managing our way through it.

Perhaps my anxiety partly comes from getting so wrapped up in following politics over the past half decade or so. I am deeply distrustful of our government and the people around them. I’m highly sceptical that they have our best interests at heart, or are competent enough to do a good job even if they did. Managing a pandemic at a government level must be unimaginably complex, and our collection of ministers are second-rate at best. I know that I have to take complete personal responsibility for myself.

“Look at the case numbers in the UK though, they are flat.” That’s been true for the past few weeks, but they are on the rise again. Have we ever had a good test and trace regime that we can rely on here in the UK? Would the government tell us the truth if the numbers were not good? We know that there is probably a two-week lag time between exposure and developing symptoms or becoming contagious yourself, so who knows how many cases are really out there.

I am in an extremely privileged and fortunate position of having a very caring employer who has allowed us to work from home since mid-March. We are unlikely to be asked to go back to the office any time soon. I know that for a lot of people things haven’t stopped or changed during this whole pandemic — they have had to get out to work, my wife included — and I am in awe of them. I also understand that we are social creatures and there is a need for us to meet and connect with each other. I just don’t understand why people would take unnecessary risks such as dining in restaurants with friends or meeting in each other’s houses when there’s no need to.

This weekend my wife and I took a rare walk into town together to buy a coffee. As soon as we got anywhere near other people I put my mask on and didn’t take it off until we were almost home, well clear of everyone else. Maciej Ceglowski’s post from back in April, called Let’s All Wear A Mask, is the kind of logical argument that speaks to me as he outlines his case brilliantly. But it’s clear from my stroll around town that masks are generally seen as an inconvenience and only worn for going into shops, if at all.

I am trying to check and question myself. Sometimes I feel like I’m probably the one in the wrong as everyone else seems to be taking it easy with a relaxed attitude to the risks, but then I just work through the logic again and find myself right back at the start.

🗳 If you’re in the UK, want to stop Brexit and are not sure who to vote for in the upcoming general election, both of these web pages offer interesting insights:

I live in the constituency of South West Hertfordshire, which in usual times means that my vote doesn’t have any impact at all. Since the constituency was created in 1950, the Conservative Party have always had at least 40% of the vote, and usually over 50%, guaranteeing them a seat in parliament. Typically, nobody in the media pays our constituency any attention as it is always clear who will be elected. What’s interesting for the upcoming election is that our most recent MP, former government minister David Gauke, has ‘lost the whip’ and is now running as an independent against a new Conservative candidate. In normal times my vote wouldn’t count but in this situation it may do.

If the constituency is filled with a majority of people who will vote Conservative no matter who the candidate is, then the situation is normal and my vote is irrelevant. However, if David Gauke has enough sway over the usual Conservative voters and they are split down the middle between Gauke and the Conservative candidate, then the other parties may have an opportunity. But…do I then vote for David Gauke to boost the chances of a split vote, or do I vote for a party that I actually want to be elected?

As much of a fun intellectual puzzle as this sounds, I agree with Matt Ballantine’s blog post yesterday on how crazy it all is.

Your vote, for most people, doesn’t really count if you simply vote for the candidate that you think best represents your views. So increasingly people will vote tactically to try to elect the least bad candidate. Electoral campaigns and manifesto pledges, therefore, follow the votes.

Tactical voting sites, if they have an impact, will merely amplify these problems, and now we have to stick an aggregation layer over the top of those to get an average of the least bad candidate assessment, depending on your view, in any particular constituency.

This is madness. The problem is our electoral system and the party system. And technology and data will, if anything, make this worse until at some point the underlying systems are addressed (which won’t be done for as long as the two major parties continue to believe that they can wield absolute power).

I have a postal vote and usually get it sent off early, historically voting for the Liberal Democrats or Green Party depending on how I felt at the time. I now feel that I need to cling onto my ballot paper until the last possible moment, checking the notoriously unreliable local polling data, before deciding which way to go. If a lot of people are doing something similar, it feels like we have the prisoner’s dilemma writ large, with my choice being dependent on everyone else’s choices, none of which I can know in advance. It really shouldn’t be this complicated, but it is.