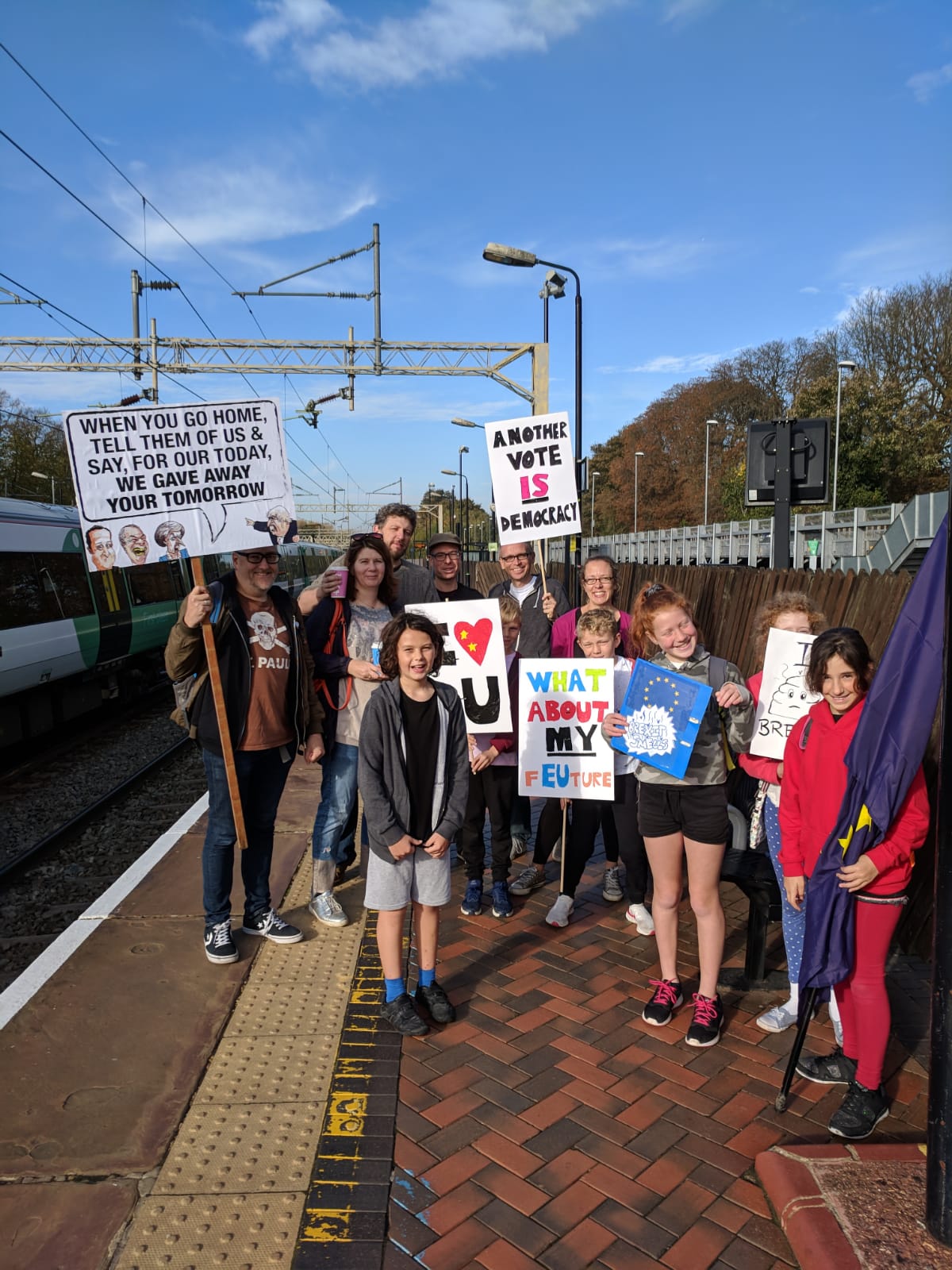 Just wrote to David Gauke, my local MP, following yesterday’s march. This tool makes it easy to do it. Here’s my message to him:

I am writing to you as your constituent to ask you to support a People’s Vote on the outcome of Brexit negotiations.

I am worried that the kind of deal being proposed — or exiting the EU with no deal at all — will damage not only living standards but our national interest too. Will you consider letting the public have a say over it?

My entire family, including my 11- and 9-year-old sons, spent our day in London on Saturday to ask for a People’s Vote. I have only been on one political march before, in 2003, to try to prevent the Iraq War. I feel as passionately about this issue as I did then.

I do not understand the argument that another vote is undemocratic. If we elect an MP, or a government, that turns out not to do their job well, there is another vote at the next election. What happened to the Liberal Democrats in 2015 is a good illustration of this. Brexit is a decision of such magnitude which is unlikely to be overturned before serious, irreparable damage is done.

Your position on a People’s Vote will be the most important factor when I decide who to support at the next General Election.

Please will you do the right thing for our country and put the historic decision as to whether to proceed with any Brexit deal in the hands of your constituents and the people of this great country?

I look forward to your reply.