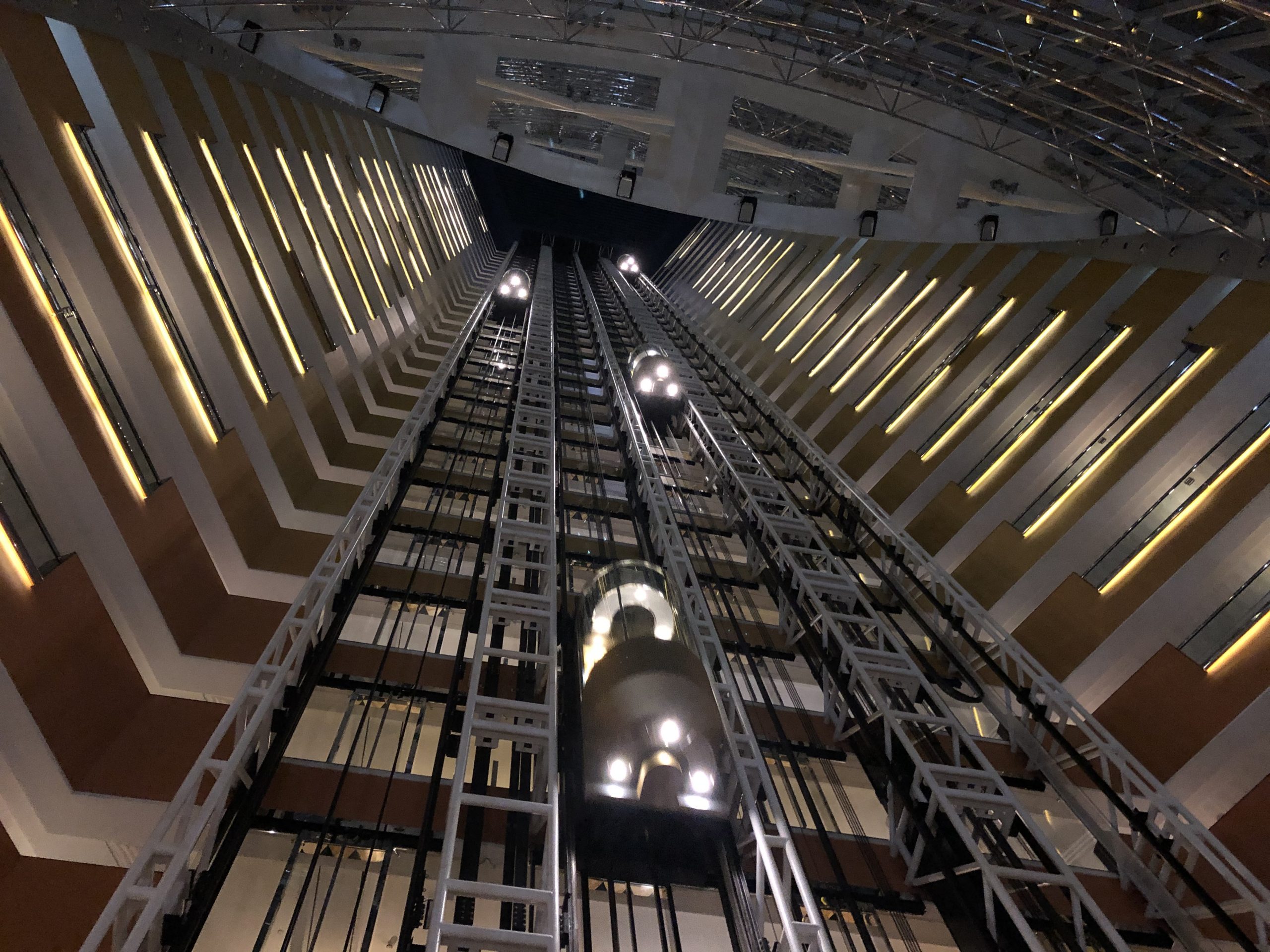 Elevators at the Jumeirah Emirates Towers, Dubai — just makes me think of a scene from Star Wars

No, the irony of writing a blog post about how I will keep up the challenge of blogging and then promptly stopping writing weeknotes after just one more is not lost on me.

It’s been an amazing year. As Christmas approached in 2018, instead of relaxing my way into the holiday in typical fashion, I knew that I would have to take advantage of everyone else in the team being out of the office in order to get organised. We had to hit the ground running in 2019 as it was truly make-or-break time. The IT programme I have been running effectively had no budget; the high-risk strategy was to spend money to build a completely new IT infrastructure stack — from the cables coming into the buildings, to the delivery of applications to the desktop and everything in between — and then run a ‘big bang’ go-live, moving people over to the new equipment and switching off the service level agreements for the old technology. The savings in the second half of the year would then pay for what we spent in the first half of the year. We had a deadline of 1 July that we had to hit, and we absolutely had to hit it. 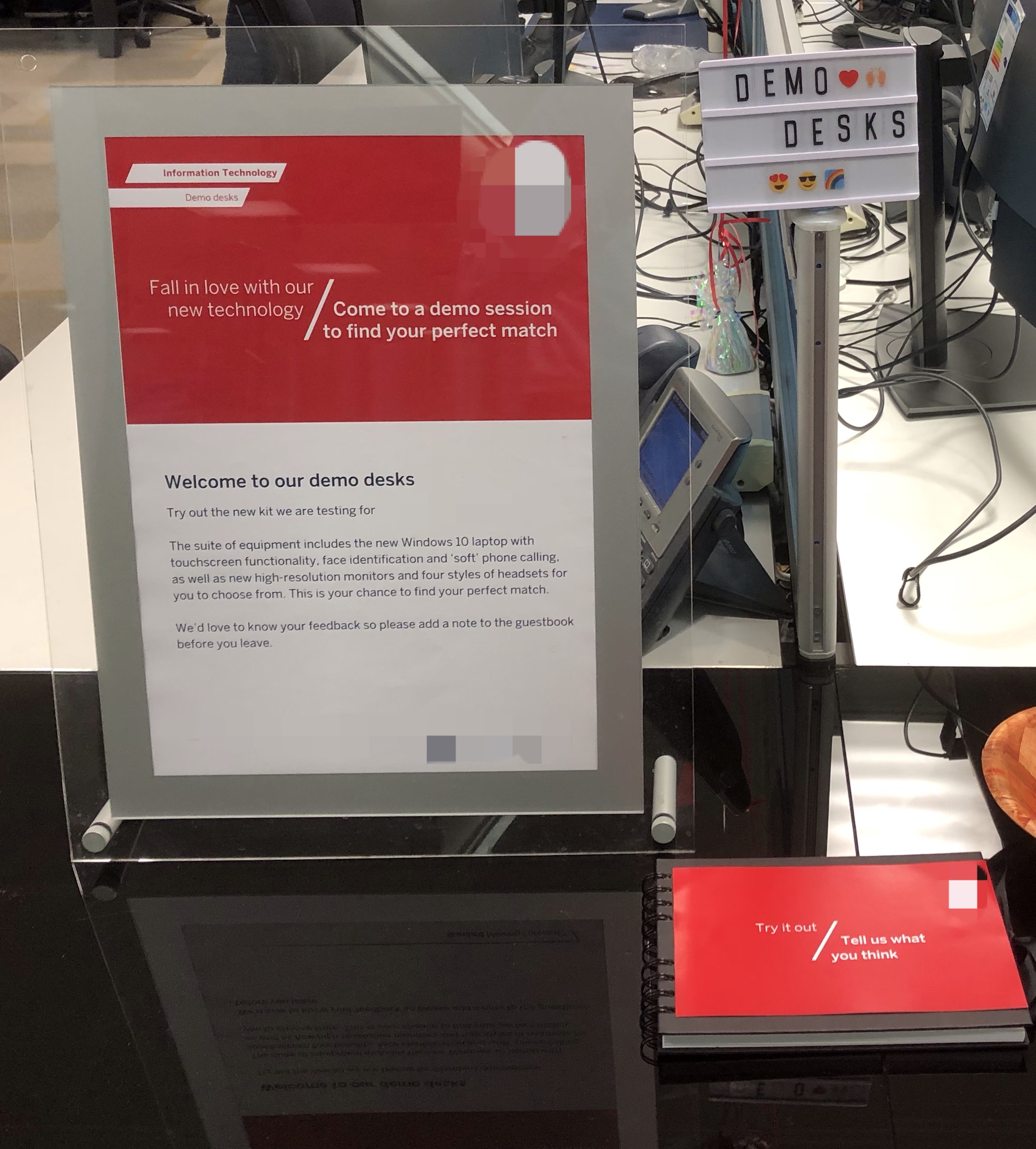 Request for feedback on our planned end-user computing technology

I have never worked so hard in my life. I knew it was going to be tough. I had warned my wife and two boys that I would have to give work a priority for half a year or so, and I am so glad that I had realised this. Late nights, and work almost every weekend in order to take stock of the previous five days while preparing for the next five, became the norm. The first full weekend I didn’t do any work was at Easter, where I managed to indulge myself with a bike ride to Ross-On-Wye and then to Bristol for family events before I got back to work. Somehow we wrestled the new infrastructure live on time. Although it is not completely finished and there is still a very large amount of optimisation to do, we did enough to hit our deadline on the nose and avoided an expensive overrun. 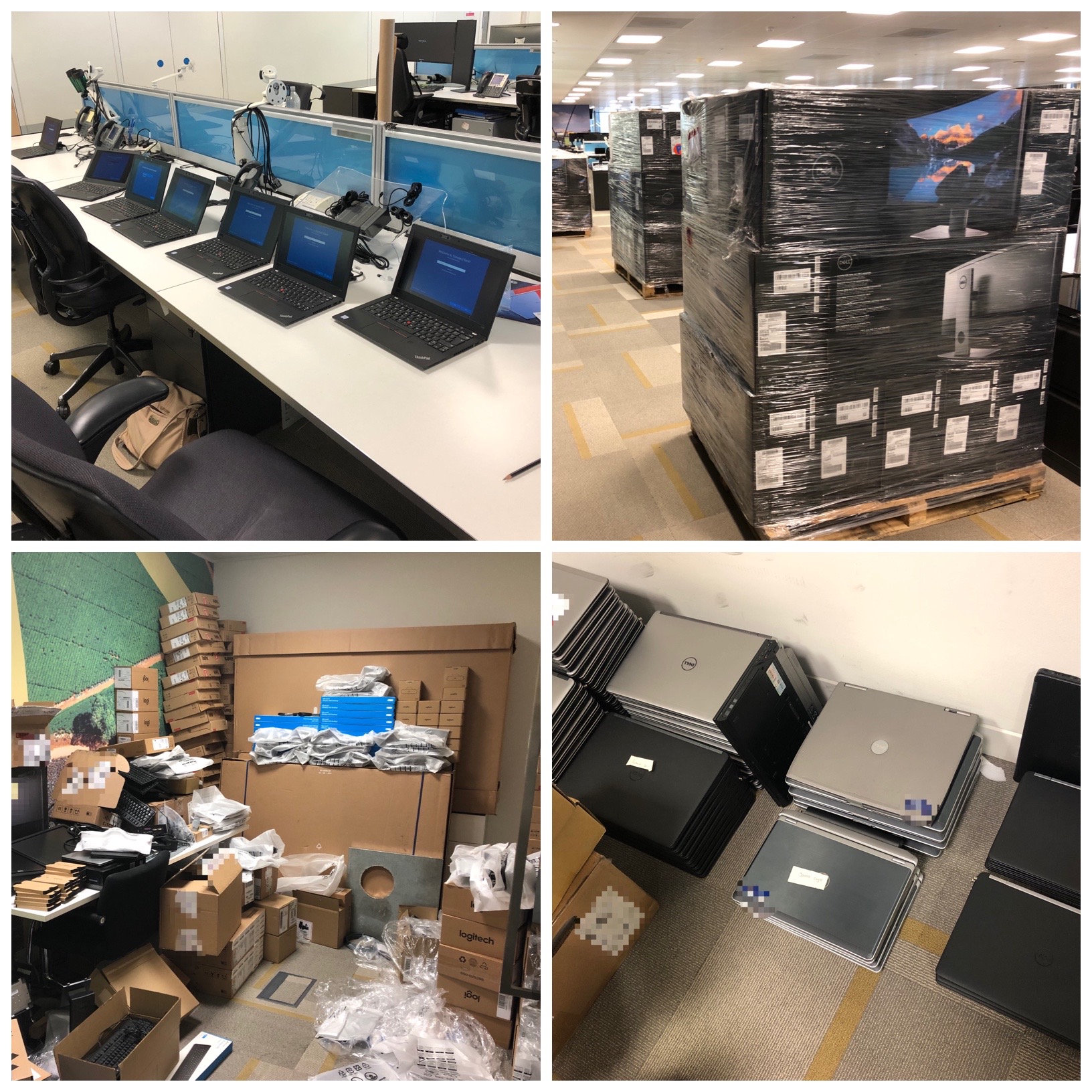 Out with the old and in with the new

As soon as we hit the deadline, it was as if someone had come along and thrown the room upside down. instead of the whole team being focused on one common ‘go-live’ goal, there is now a production environment to run, some stability, remediation and optimisation work to complete as well as the next set of deadlines for the next cities where we need to go live.

Over the past two-and-a-half years we have had to continue to change tack and refine the approach to delivery of the programme, shaking things up when they have got stale or are no longer working. The micromanagement approach to wrestling the work over the line in July is no longer appropriate or managable, and the team are currently in a transition between ‘large scale Kanban’ and something more date-driven like SAFe Programme Increment planning. My goal now is to get the new approach to work agreed and bedded down ahead of next year so that we can start to plan some predictable deliveries, and in particular decide what things we will not do.

It’s been difficult to recover from being so work-focused. Back to the ‘four lightbulbs’ analogy from weeknote #1, I had been putting almost all of my available 100W into the ‘work’ lightbulb and the little left over was shared between health, family and recreation respectively. I’m trying to restore the balance but it is difficult to get out of the normal pattern of behaviour and leave the laptop off at night time.

We still have some critical deadlines to hit on the programme and I am determined that we will keep ourselves on track, but the extreme pressure has lifted a little.

As our attention has turned to rolling out the IT infrastructure in other cities, it has been fun to visit Dubai and New York over the past couple of months.

When I’m on a work trip my hotel is typically close to the office and I end up missing the exercise I get from my daily commute to London. I fixed this in Dubai with a morning run almost every day. Dubai didn’t really have much ‘weather’ to speak of, only degrees of difference in humidity. It’s strange to feel that it’s a bit chilly at 6:30am when it’s 31C, just because the humidity is down a few percent from the day before. 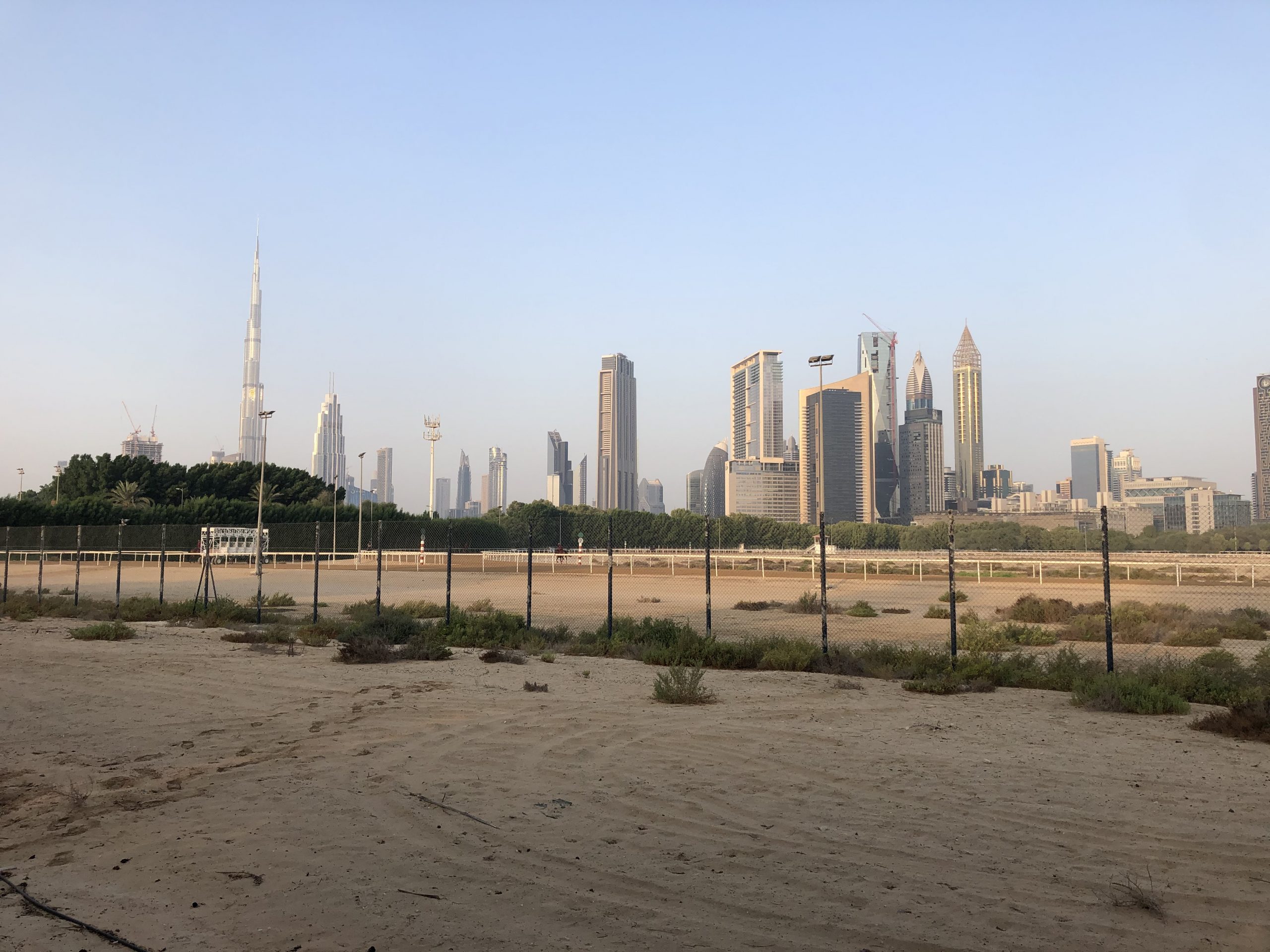 View from the morning jog 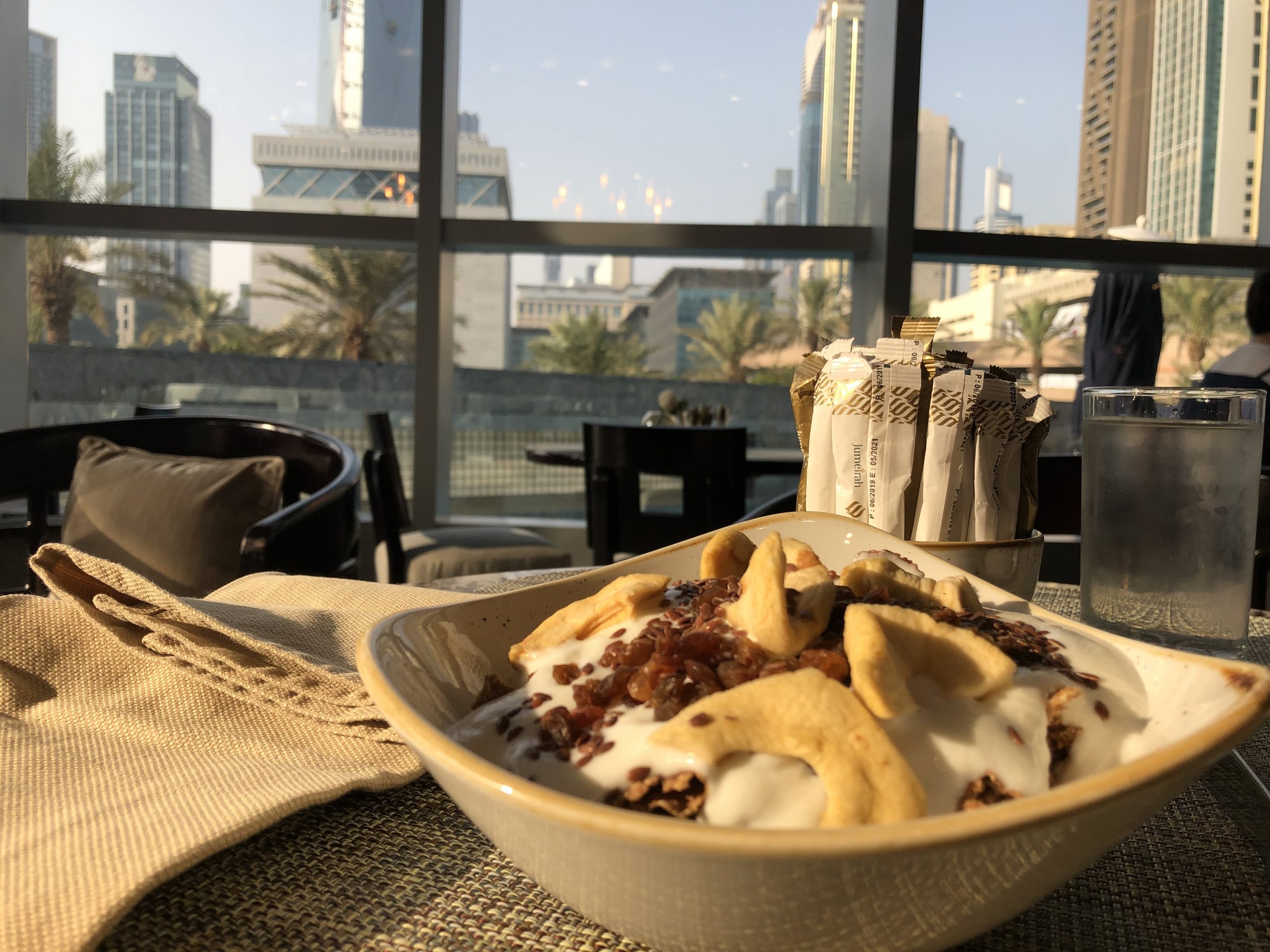 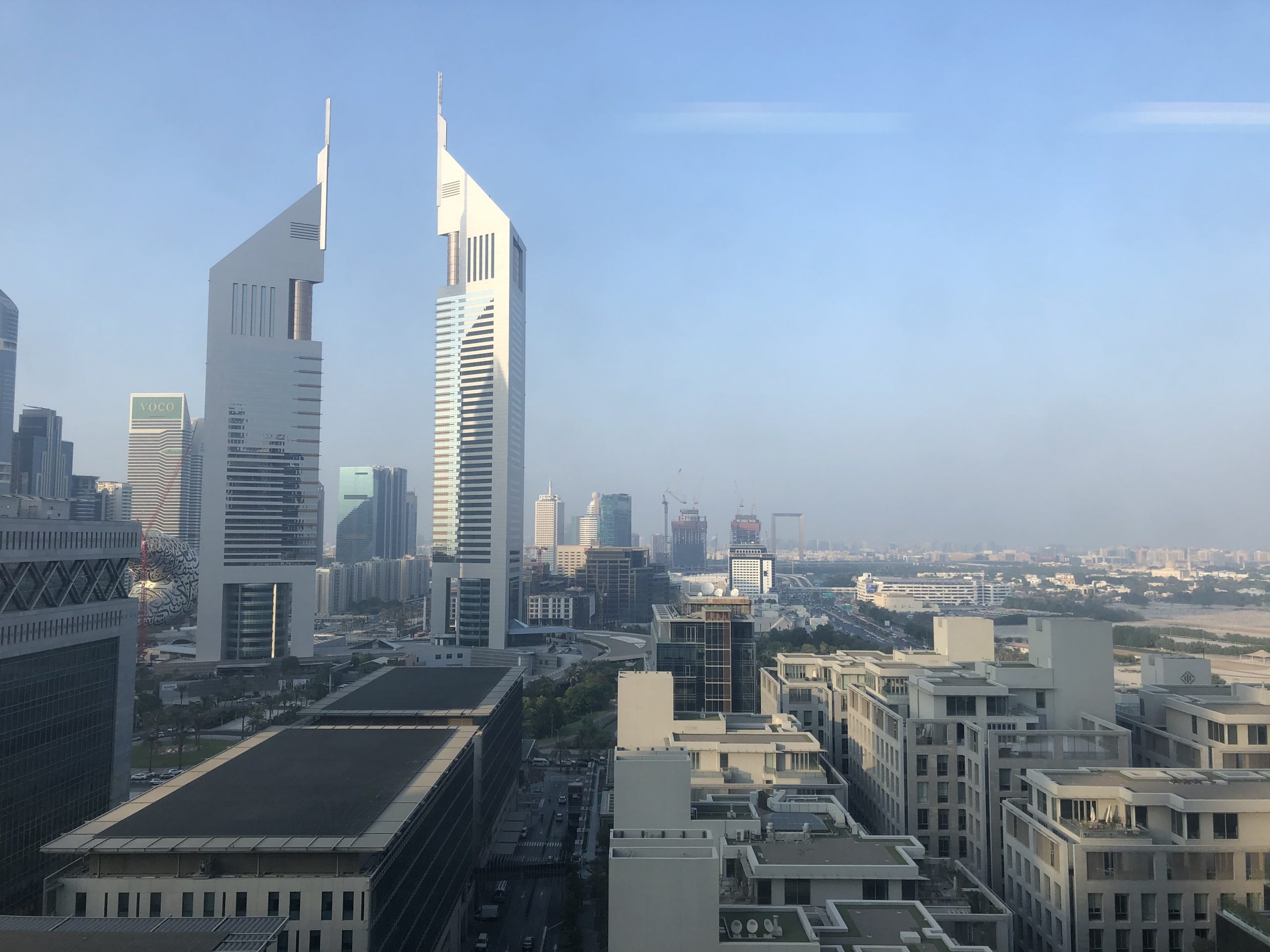 I love visiting New York. It feels like yesterday that I lived there, but it’s now almost 20 years ago. It was a bit of a shock going from the gigantic modern hotel room in Dubai to the one-quarter the size (but twice as expensive) pokey room in New York. The faded glory of the hotel was propped up by the champagne vending machine in the lobby, a bizarre melding of tacky convenience and luxury that I couldn’t get my head around. 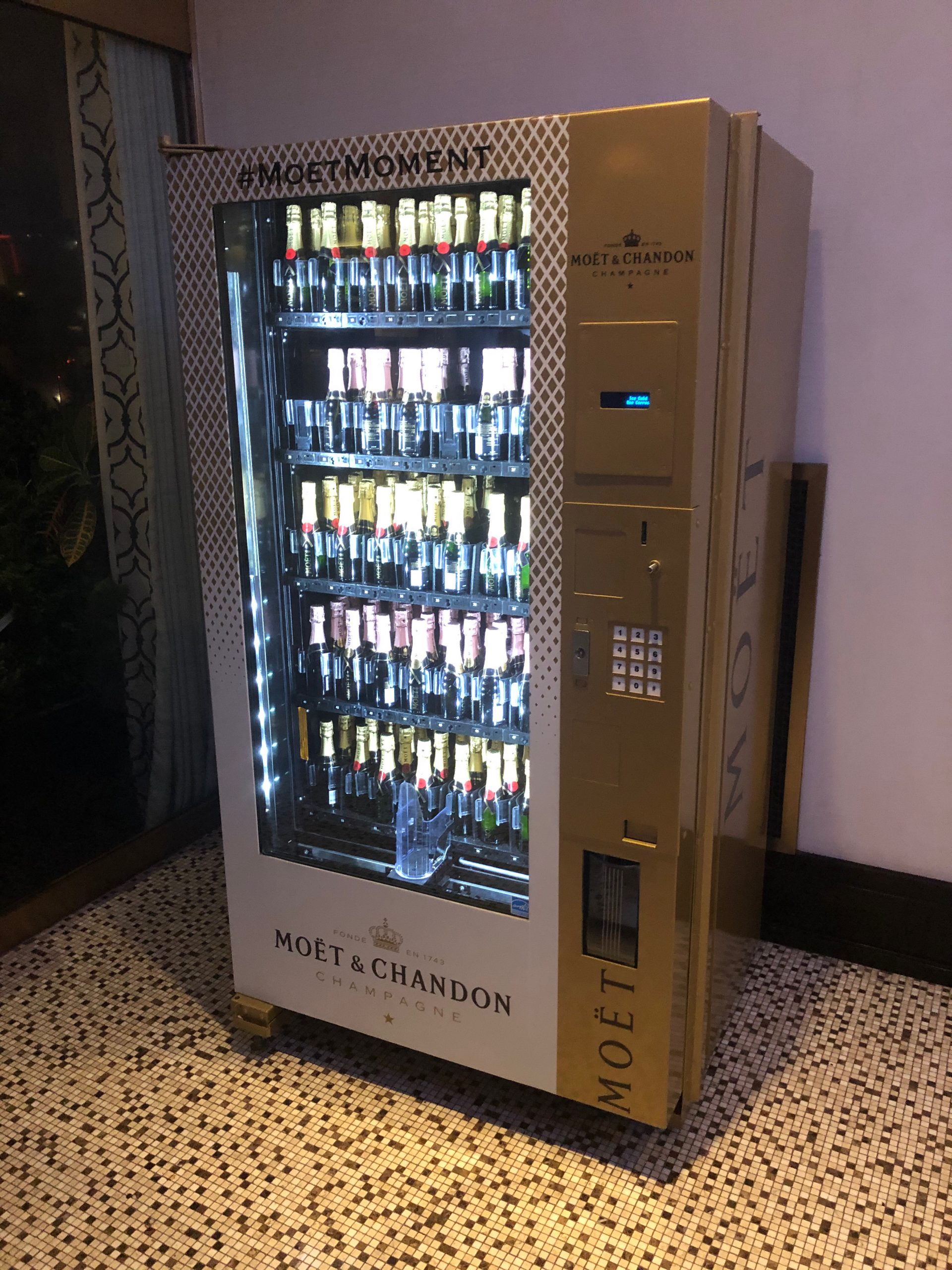 A work visit to the Microsoft store in midtown led us to the gaming room upstairs, where I took on a few laps of Forza on the biggest console screen I’ve ever seen. 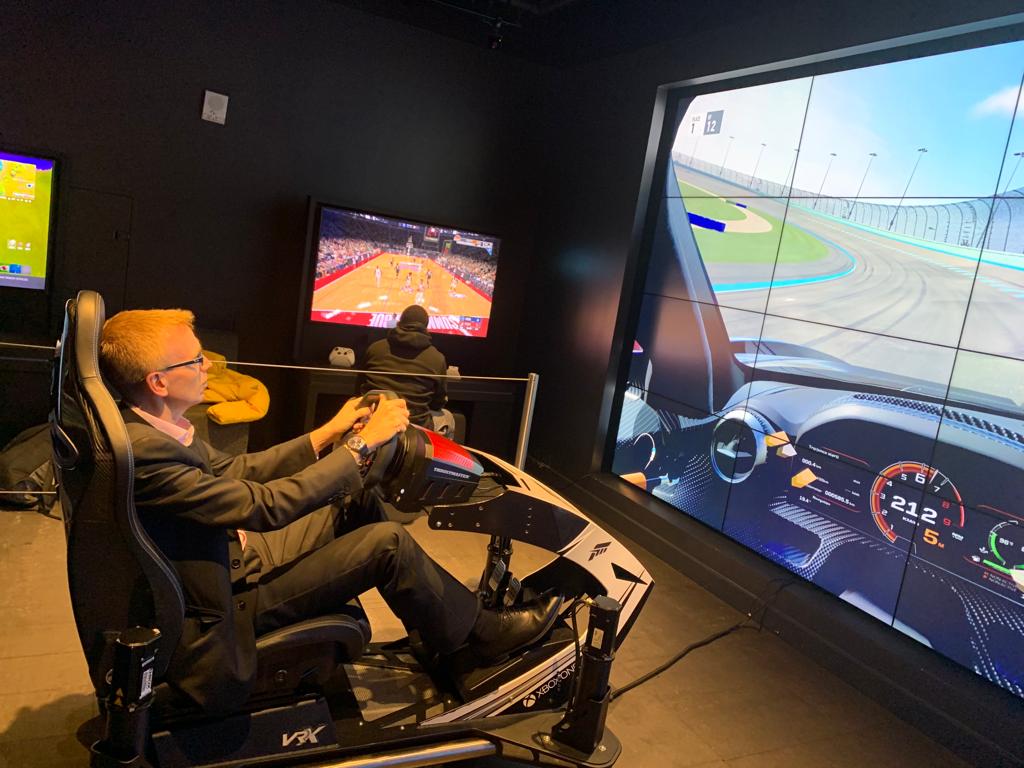 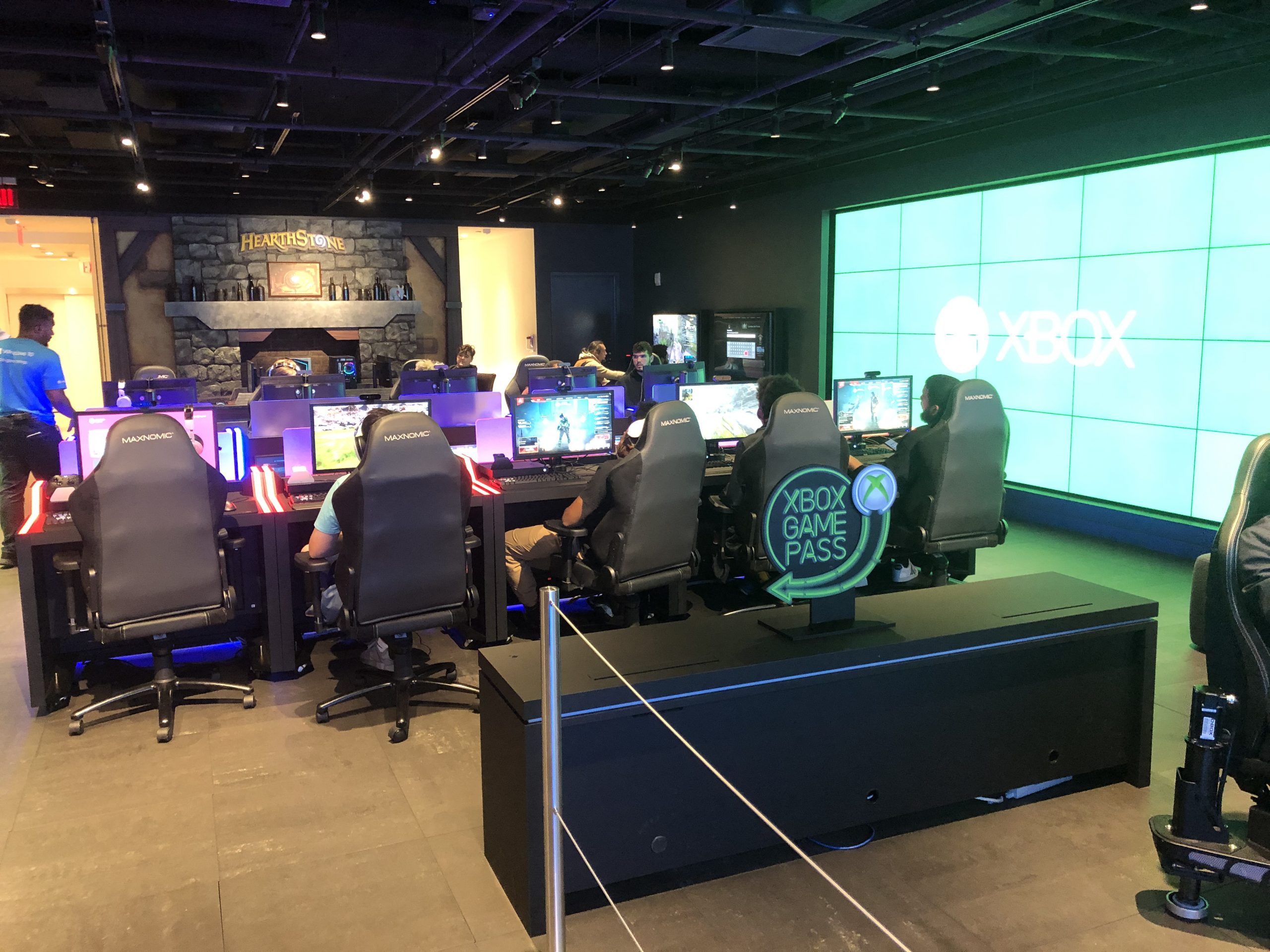 A Monday afternoon, filled with regulars

The week in New York was hectic. We had a production problem that developed halfway through the week; I ended up on a call from 10am until 6:30am the next day as we worked through a resolution with the team. Everyone was exemplary in dropping what they were doing and getting stuck in until we were done.

At the end of the week, I indulged myself with a late night metro trip downtown to Chelsea, finding my old apartment building and then nostalgically wandering the long route back to my hotel, through the streets where I used to live. It was strange to be back there and to think about how much time had passed. Since I turned 40 I’ve been thinking about how short life is and it seems to get more pronounced with every year. I know I’m not the only one to feel this way. This quote from an FT magazine article I read on the plane over continues to echo in my head. 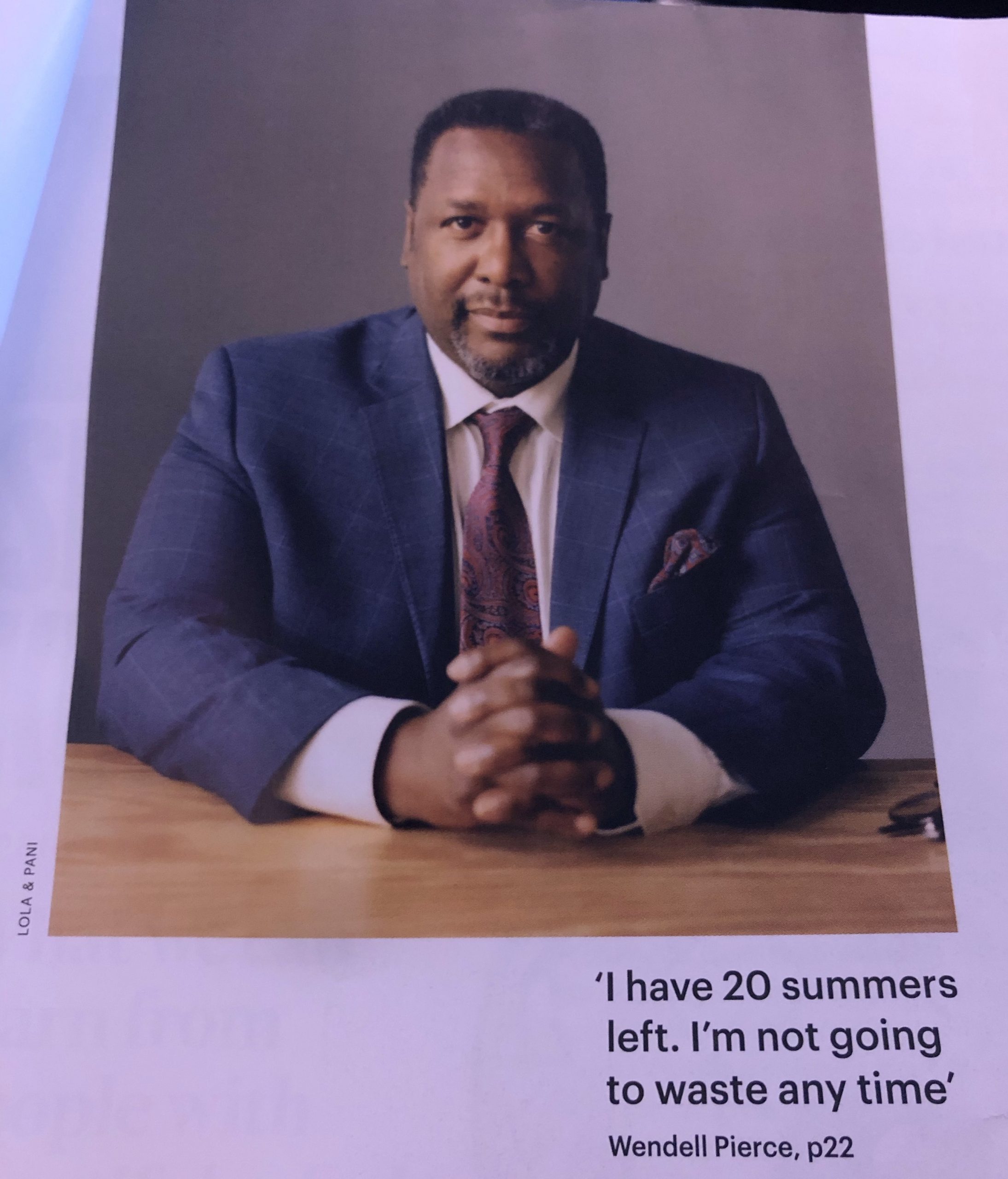 This really struck a chord with me

As a school governor, it never feels as though I’m contributing enough and this year this feeling has been running deep as I have had to focus so much on my other work. Now that the term has started again, I’m trying to make up for this a little bit. It is still a collective struggle for all of us, particularly as we have said goodbye to some great governors this year as their terms have come to an end. There seems to be an eternal quest to recruit good governors who are willing to get involved and have sufficient time available to do it justice. It doesn’t help that the role is getting increasingly more demanding and complex; in recent years we have taken responsibility for setting the performance-related pay policy, taken on the role of the Data Protection Officer and now having to increase the amount of regular financial reporting for the Schools Financial Value Standard. All of these things are laudable but each one needs to be picked up by someone on the governing board, adding to the overall burden. The role of a governor is so very different from the one I put my hand up for six years ago.

At home, we had a big summer project of installing a garden building, including a shed and an outside room both for home working and keeping fit. The process of getting it installed was amazing. Someone turned up to fit some ‘ground screws’, which are simply MASSIVE SCREWS that go into the ground. A little later, the installation team turned up and spent two weeks transforming the space to a building complete with windows, plastered walls and electricity. We’ve been making great use of the room and I’ve been spending a lot more time on the turbo trainer; the mental barrier of setting up all of the kit every time I want to use it has gone away. The boys have both been having a good go on the turbo as well, with Zwift’s free accounts for the under-16s tempting them for a workout. 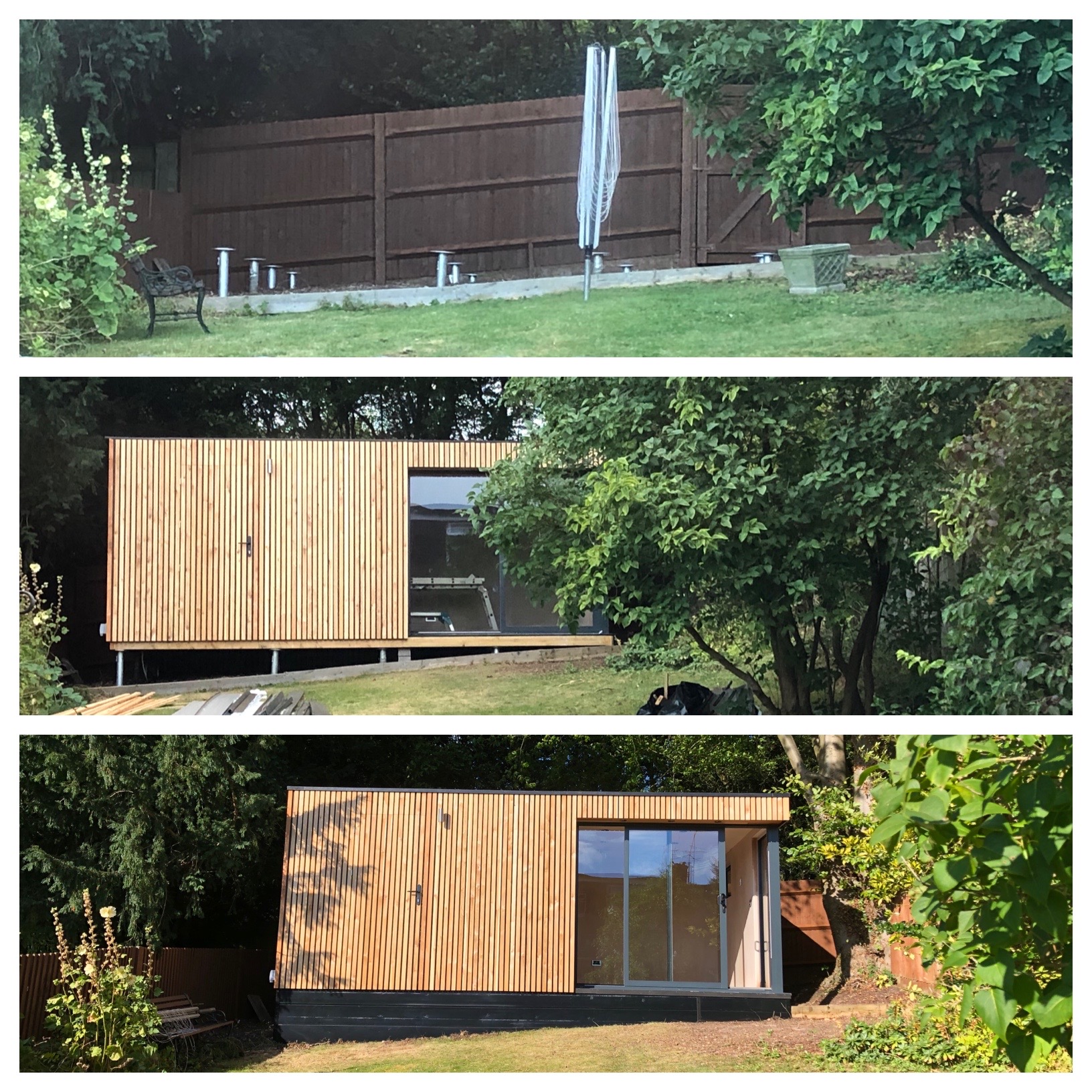 New rooms in no time at all

The children have really been enjoying their sport this year, with the eldest recently coming second in his first duathlon and the youngest enjoying a new season of football as well as taking up judo. They both have so much more of a love of sport than I did as a child and I really hope it continues. 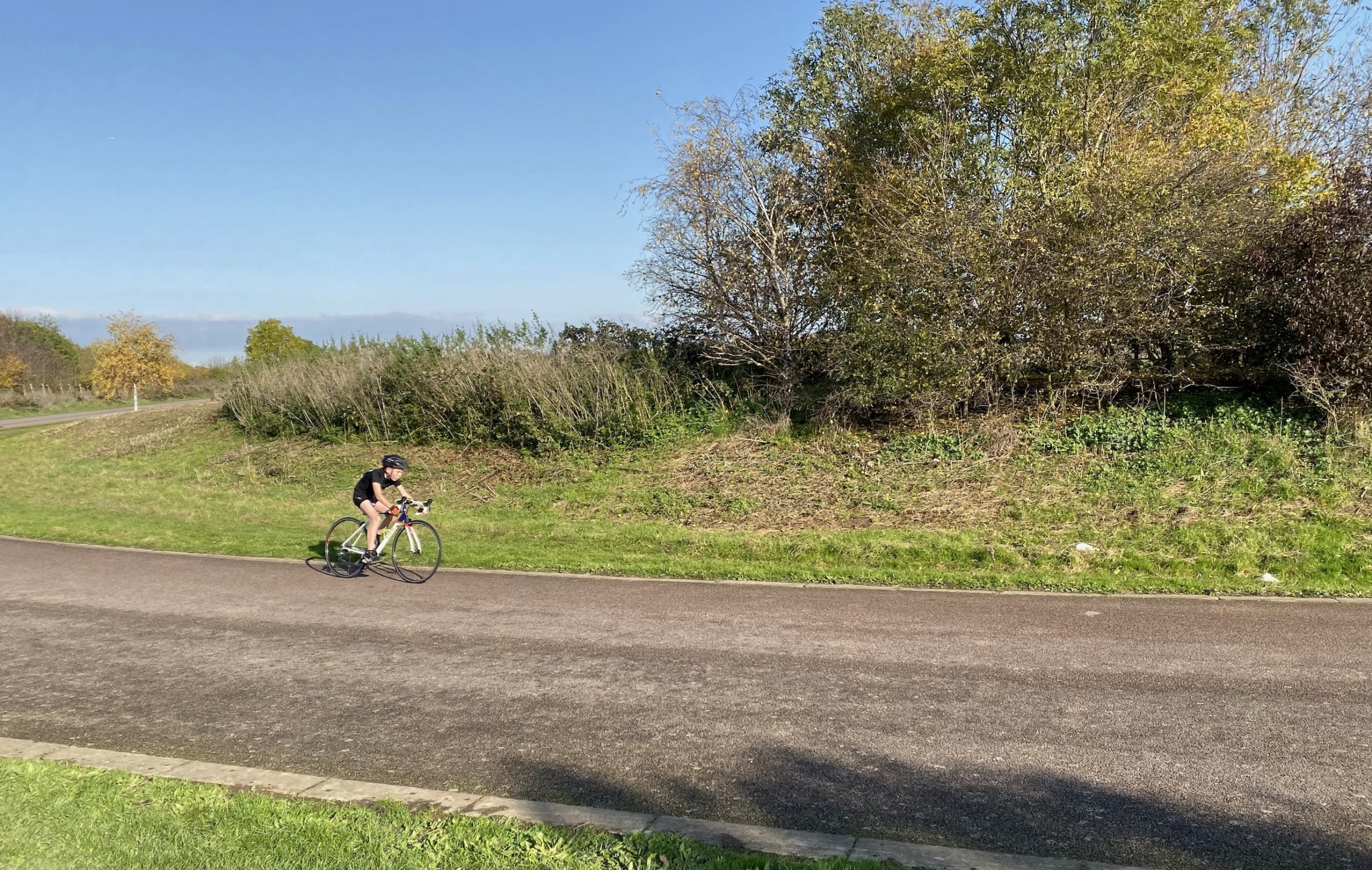 I can’t sum this year up without talking about Brexit. Prior to 2017 I think I had only been on one political march in my life, against the Iraq War in 2003, but I now seem to have found myself on umpteen of them. I’m still of the mindset that I can’t sit on my butt and complain about and and need to do something, and I fully expect that the marching isn’t going to stop for some time. I now find myself listening to hours of commentary from the Remaniacs, Political Thinking, Cakewatch, On The House, and the Guardian’s Brexit and Politics podcasts every week, as well as wading through a book called How Parliament Works. I’ve never been so informed, which I guess is one good by-product of what’s been going on. I worry for the upcoming election in that personality and celebrity seems to completely trump reason and respect in who we are putting in charge. I fear that it would take some universally reviling news about Boris Johnson to emerge for the Conservatives to not be elected. 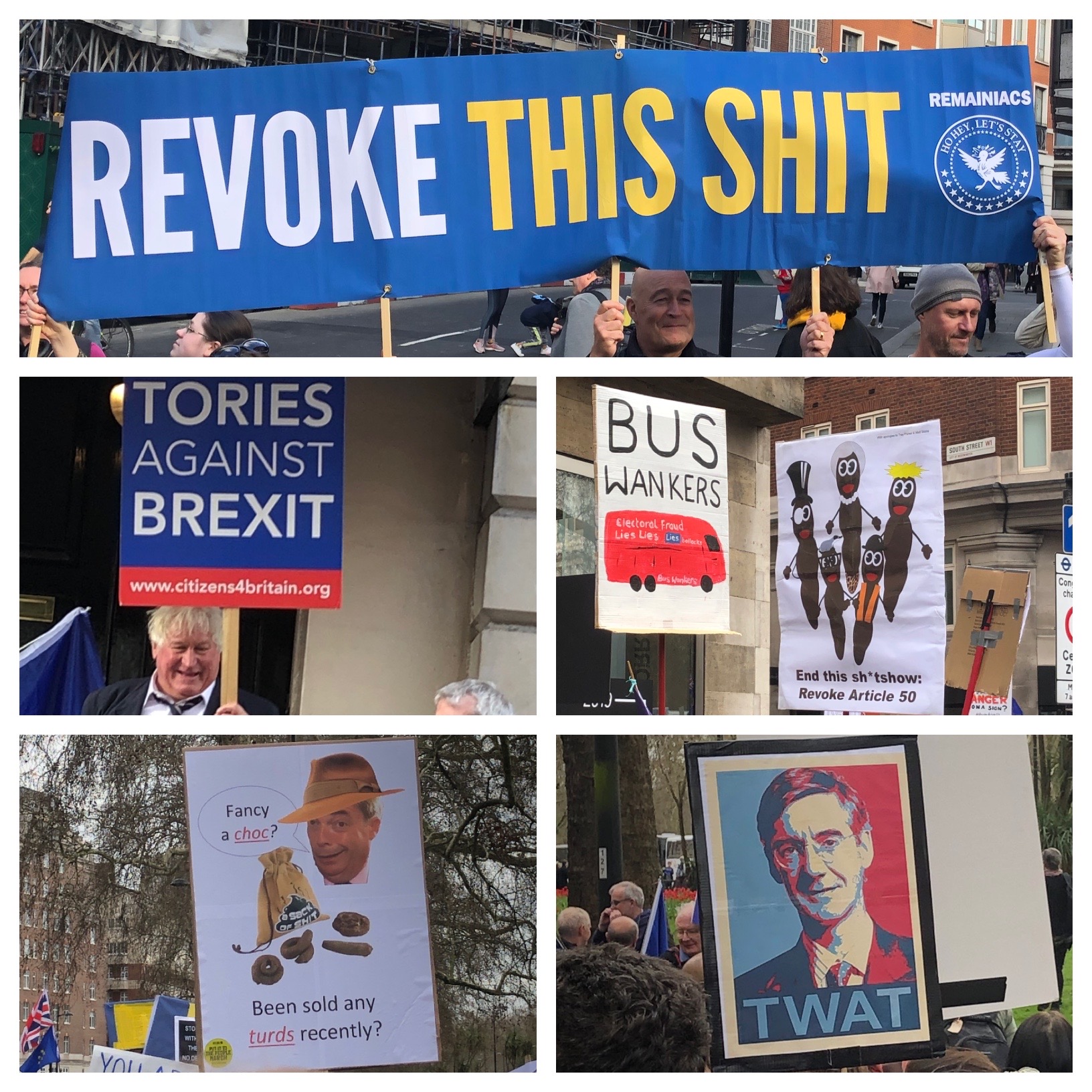 Wandering through Berkhamsted High Street this weekend I was stopped for a chat by a campaigner for David Gauke. I explained that I was undecided and wanted to see some local polling before committing to whoever has the best chance of beating the Conservative candidate. (When or where this polling data will come out, I have no idea.) A few paces on, the Liberal Democrats had a team of four or five people on the street and one was being shouted at by a man who was incredulous that their policy is to revoke Article 50. “You will lose so many seats!” he said. The Liberal Democrats didn’t have many to start with, but I know what he meant — and who knows if he is right?