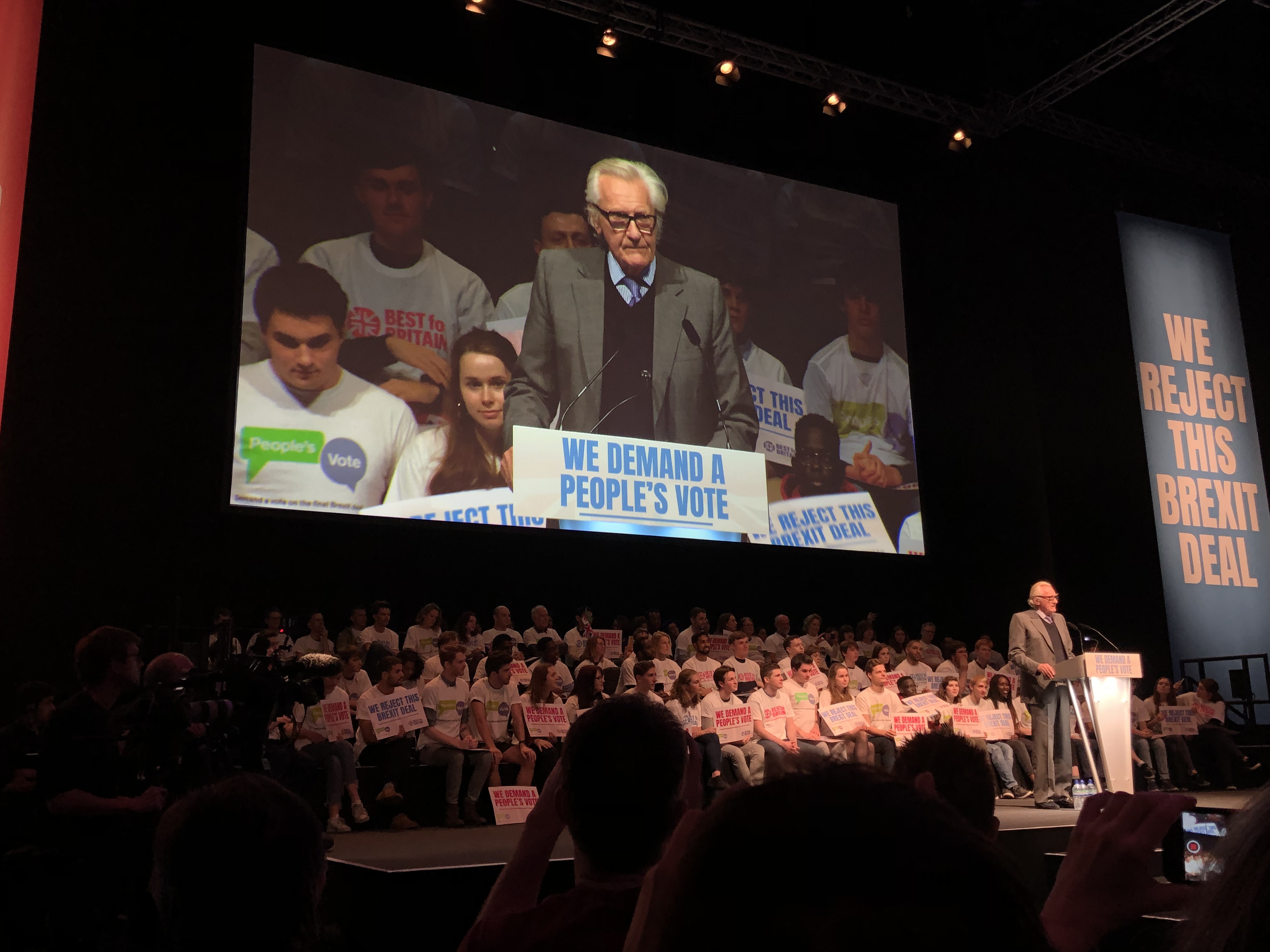 The past two weeks which have bled into each other to make one big fat week. We’re still battling away at work and unfortunately won’t have finished all of the things we intended to complete this year before people disappear on their Christmas holidays. It’s not a disaster but it does mean that we’ll need even more energy for the start of next year to complete the things we didn’t finish, as well as start the rest of the critical work. I’m going to need to take advantage of the coming relatively quiet week before Christmas to get as much prep done as I can so that we start 2019 well. It’s going to be a massive year in so many ways.

I’ve been spending a lot of time thinking about get fit again. Strava’s annual update reminded me that my exercise levels have been relatively pitiful this year, with less miles completed than I did on a single event a few years ago. I’m surprised they still think I am alive.

I love being out on the bike. I’m holding myself back from committing to a regular schedule for all kinds of reasons, but the reality is that I need to prioritise my health and fitness somehow. Both of my boys have different sports at the weekend that my wife and I need to take them to. This, together with the need to use some of the time at weekends to get school governor and client work done means that I’m non-committal. It was so much easier when I had a big event to aim for and needed to get fit for it. At that time I had publicly declared that I was going to do a big ride and was raising sponsorship, so I felt I had to prioritise fitness so as to not let anyone down. My boys were younger then and didn’t have as much going on, so I could easily disappear for hours of pedalling. Their earlier bedtimes meant I could jump on the turbo trainer before dinner, something I can’t really do anymore. I’ve been toying with the idea of doing the Chiltern Classics reliability rides but it may not be the right year to do them again for all of the reasons above. Something to give some thought to over Christmas.

Last weekend I had to pull together the materials for our programme Steering Committee meeting. The past two weeks have been pretty much back-to-back with meetings so I knew I didn’t have time to prep during the day and would need to use the weekend. However, Sunday 9 December saw yet another ‘People’s Vote’ rally being held in central London which I felt I had to attend. Saturday and Sunday became a mad blur of work, travel, rallying and more work, all before heading back to the office on Monday for wall-to-wall meetings. I managed to get things done although had to compromise with a ‘catch-all’ slide in the deck containing a simple big list of things I needed to either inform the Committee about or get their decision on.

The rally itself was really good. It is weird to be a few feet away from people whom you seemingly know so well from their presence in the media. The speakers were excellent, particularly the ever-articulate Caroline Lucas. Michael Heseltine stole the show with his unexpectedly moving speech. He talked of the EU being an effective peace project which had followed centuries of various wars between its member states. The whole room was quiet as he gestured to the young people behind him and made reference to the fact that generations of people like these were sent off to fight in Europe’s wars. See here from approximately 9 mins in, but the whole thing is worth viewing. His point is very well made; a long-lasting peace is a bigger ideal than the ‘take back control’ narrative.

Most of the speeches were excellent, but the one from Rosena Allin-Khan rankled me and left me with a sense of annoyance all the way home. When she was announced and she came to the stage it seemed that she was coming out in support of a People’s Vote. Her speech reached a crescendo with her stating that she supports a People’s Vote only if a call for a general election is dismissed. She seemed to be at the wrong rally — the crowd wasn’t just a bunch of Labour supporters. It was great to hear some of the crowd chanting “People’s Vote first” as she walked off stage left.

Brexit is occupying my mind massively at the moment. My attention turns from the ever-present ‘live blog’ horror show on the Guardian homepage to slower, more considered blog posts that people are putting out. Both Chris Grey’s post on his excellent Brexit Blog and Chris Weston on the WB-40 podcast WhatsApp channel pointed me in the direction of Sir Ivan Rogers’ speech at the University of Liverpool. It’s sobering reading and leaves me feeling despondent for the future. If we get what I want — a second referendum resulting in us remaining in the EU — I can completely understand that people who want us to leave would feel cheated based on the result of the 2016 referendum. I disagree with them, and personally believe that more democracy of being asked again is absolutely not undemocratic, but I do understand how they would feel. If we do end up leaving, and in the worst case completely crashing out, I will have to do what I can to moderate how bitter I think I would feel at the people that got us there. If we have a second vote and people still want to leave with all of the information that we now have available to us, I’d have to accept that this is the country I am living in and would need to make my own views about what is best for my family and I in the long term. Plenty of people have done the same thing in the past during difficult times. Sir Ivan’s speech makes me realise just how divided we are and it is so difficult to see how we can come together again.

One thing I have noticed recently are blog posts mentioning a potential narrative of people being ‘stabbed in the back’. This could come from the extreme Brexiters if they don’t get what they want. A similar narrative took hold in Germany after World War I, contributing in the rise of the far-right:

The stab-in-the-back myth (German: Dolchstoßlegende) was the notion, widely believed and promulgated in right-wing circles in Germany after 1918, that the German Army did not lose World War I on the battlefield but was instead betrayed by the civilians on the home front, especially the republicans who overthrew the Hohenzollern monarchy in the German Revolution of 1918–19. Advocates denounced the German government leaders who signed the Armistice on November 11, 1918, as the “November Criminals” (German: November­verbrecher).

When the Nazi Party came to power in 1933, they made the legend an integral part of their official history of the 1920s, portraying the Weimar Republic as the work of the “November criminals” who stabbed the nation in the back to seize power while betraying it. The Nazi propaganda depicted Weimar as “a morass of corruption, degeneracy, national humiliation, ruthless persecution of the honest ‘national opposition’—fourteen years of rule by Jews, Marxists, and ‘cultural Bolsheviks’, who had at last been swept away by the National Socialist movement under Adolf Hitler and the victory of the ‘national revolution’ of 1933”.

It’s chilling to see people involved in the ‘Brexit Betrayal’ march the other day as it has similar echoes. I hope I’m just putting two and two together to make five.

In other news…it’s been busy a couple of weeks of socialising with various festive events. We had our annual school governor Christmas curry which was lovely — it’s really nice to get to know each other better when we spend almost all of our time together focused on the work. I’ve been to a comedy night on a boat in the Thames as well as a marathon karaoke session, both of which were a lot of fun. December is a constant reminder to me of why I gave up drinking a couple of years ago; I’m tired enough from just attending different events and would find it so hard to cope if I had to carry a hangover around with me as well. 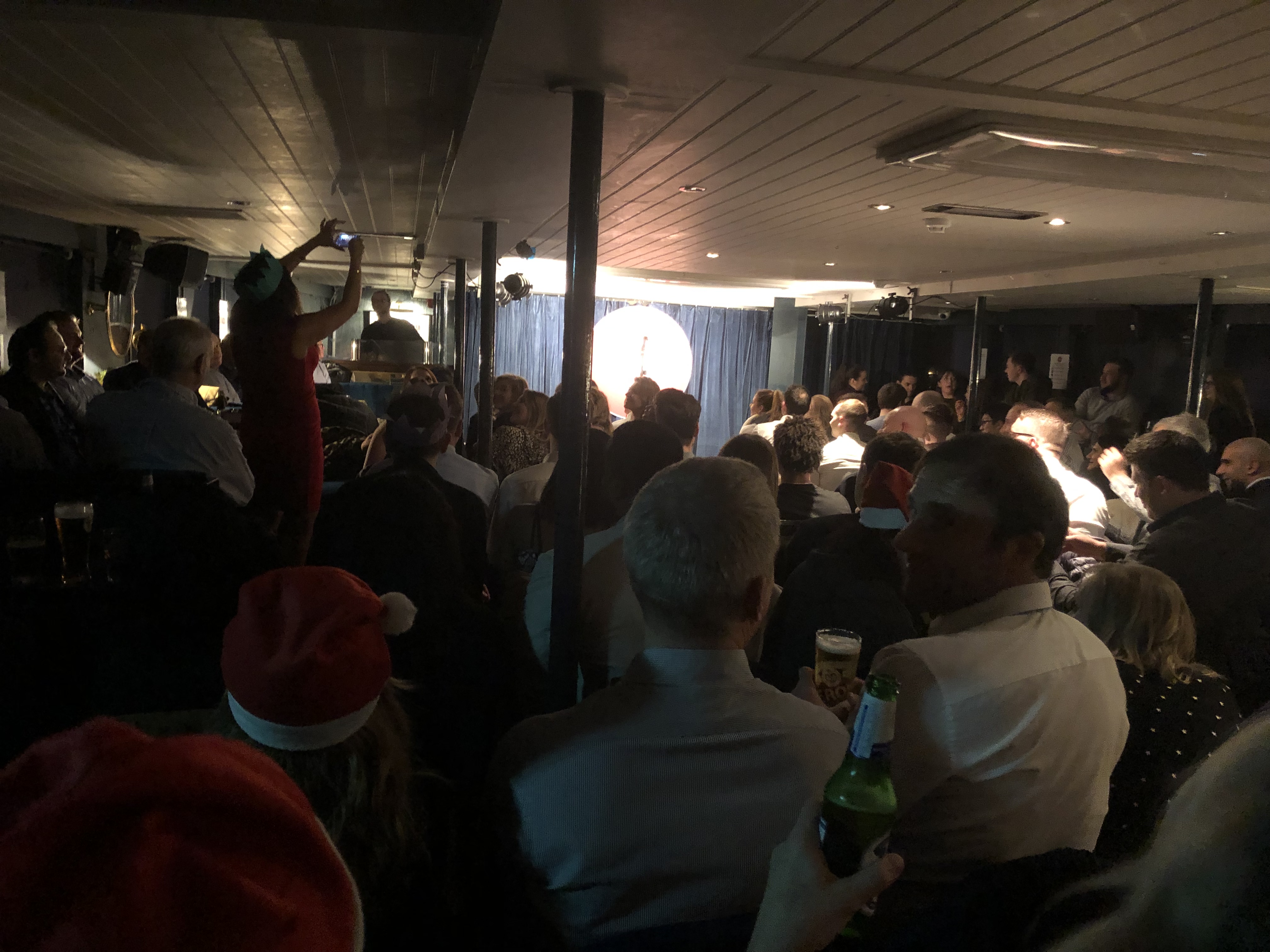 I ran a Crowdsourcing Christmas session, inspired by Jamie Arnold’s blog post from a few years ago. The idea is simple: you write some details on a sticky note about who you need to buy for, how old they are, what they like and what your budget is, and everyone else then offers suggestions of what to buy with other sticky notes. Everyone seemed to love it and a lot of people found it useful. It has given me an idea for Mrs D which I’m now following up with that I hope she’ll love. 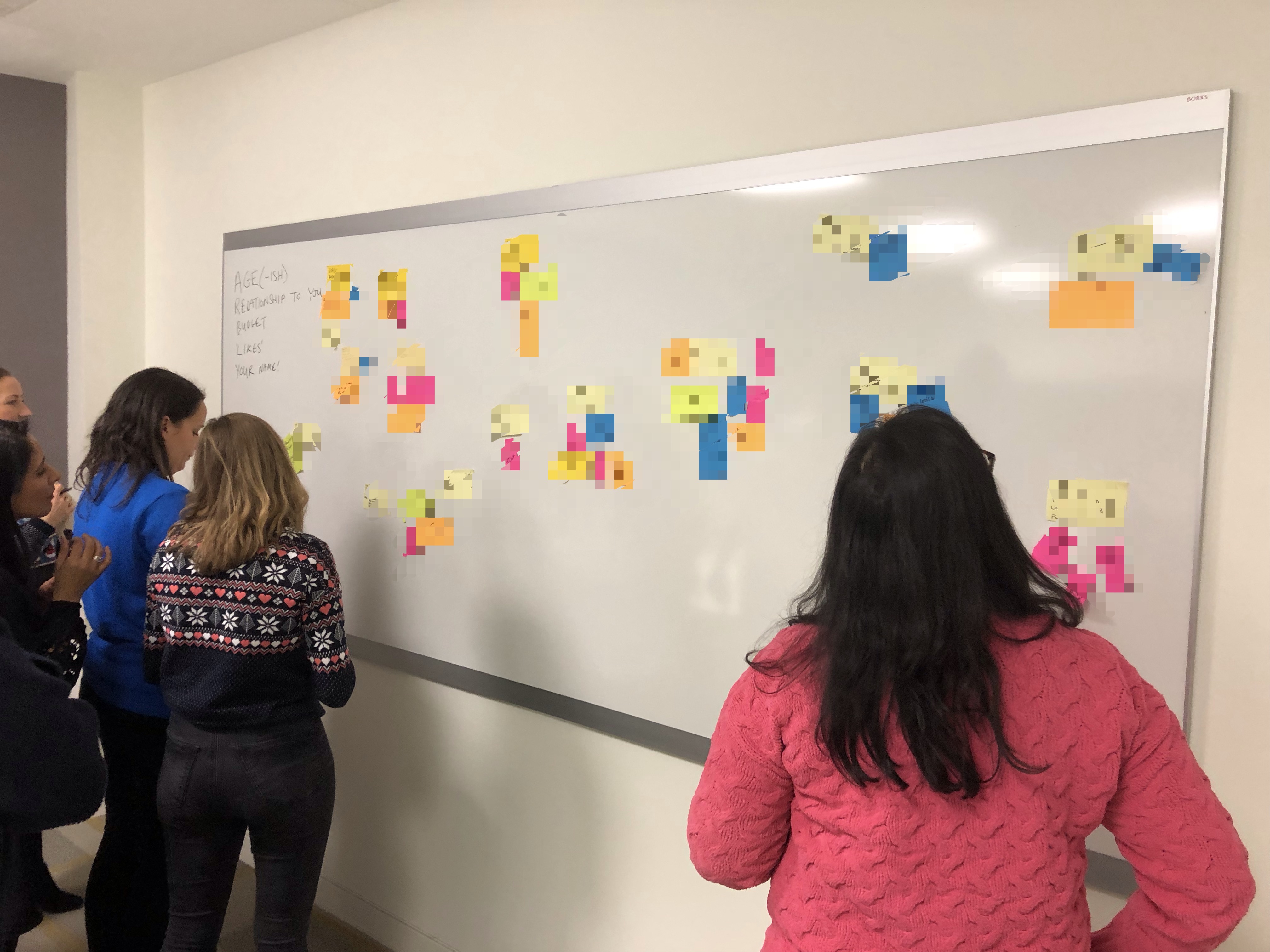 The cats still boggle my mind. We went away for a night at the weekend and left them with two timer bowls of kibble. We came back to find carnage in our kitchen where they have torn the things to shreds in a mad (and presumably successful) attempt to get at the food. They seem to act more like dogs than cats where food is concerned, and for one of them we don’t seem to be able to subdue his appetite in any way. 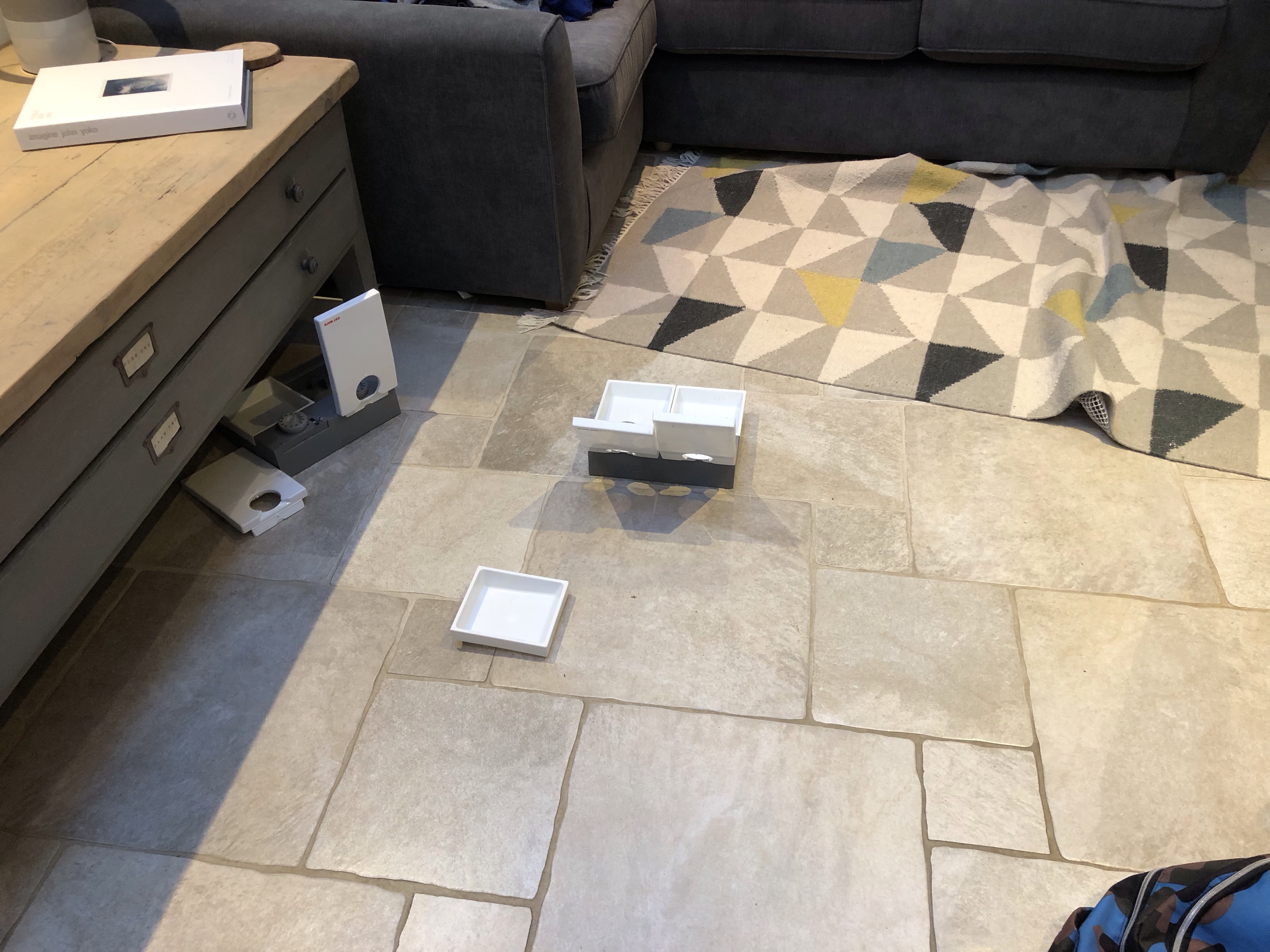 As Christmas approaches I’ve put the brakes on with my vinyl purchases. However, I couldn’t resist when the Super Deluxe Edition blog pointed out that Amazon US are selling repressed copies of George Harrison’s All Things Must Pass for half the UK price, including postage and customs charges. It took a while to get here but it is completely gorgeous and sounds amazing.

Next week: Partying nights out are behind me for this year. Hectic until Tuesday and then a run of minimal-meeting days towards Christmas where I need to use the time to get a lot done. Coffee and headphones all the way.