Last night my phone scared the bejesus out of me.

At the end of July I requalified as a First Aider. As soon as I received my certificate I uploaded it to the GoodSAM app to reactivate my account. GoodSAM is a service where anyone who is suitably qualified can be alerted as a first responder if an ambulance or paramedic can’t get to a location quickly enough.

The concept is brilliant. The app is terrible.

Last night’s alert did its job. It was loud and made me jump out of my skin. Once I’d worked out what was going on, the app showed me where the incident was and asked whether I wanted to accept or reject it. I accepted, and was then shown a chat window with an address, age and sex of the person who was in trouble. As I put my shoes on and grabbed my CPR face mask I saw another person message on the chat to say that they were on their way. I guessed that they could see my messages so I said I was also heading there, but every time I wrote on the chat I got an automatic response to say that the chat wasn’t monitored.

I quickly found the house. Fortunately, the casualty was stood in their doorway, talking on the phone and already feeling better. About five minutes later another GoodSAM first responder turned up — the same person from the chat who had said that he was on his way. The casualty felt very upset about having called out a few volunteers to her house; the main job was therefore to reassure her that it was absolutely fine and that we were glad to help. What we couldn’t tell her was whether anyone else would be coming to see her. We don’t work for the ambulance service, and nothing on the app gave us any clue as to how to find out if a medical professional would be on their way. She called her sister to reassure her that she was feeling better, and then passed the phone to me; I felt like a wally as I was unable to tell her sister whether anyone would or wouldn’t be coming.

What the app did show me was this: 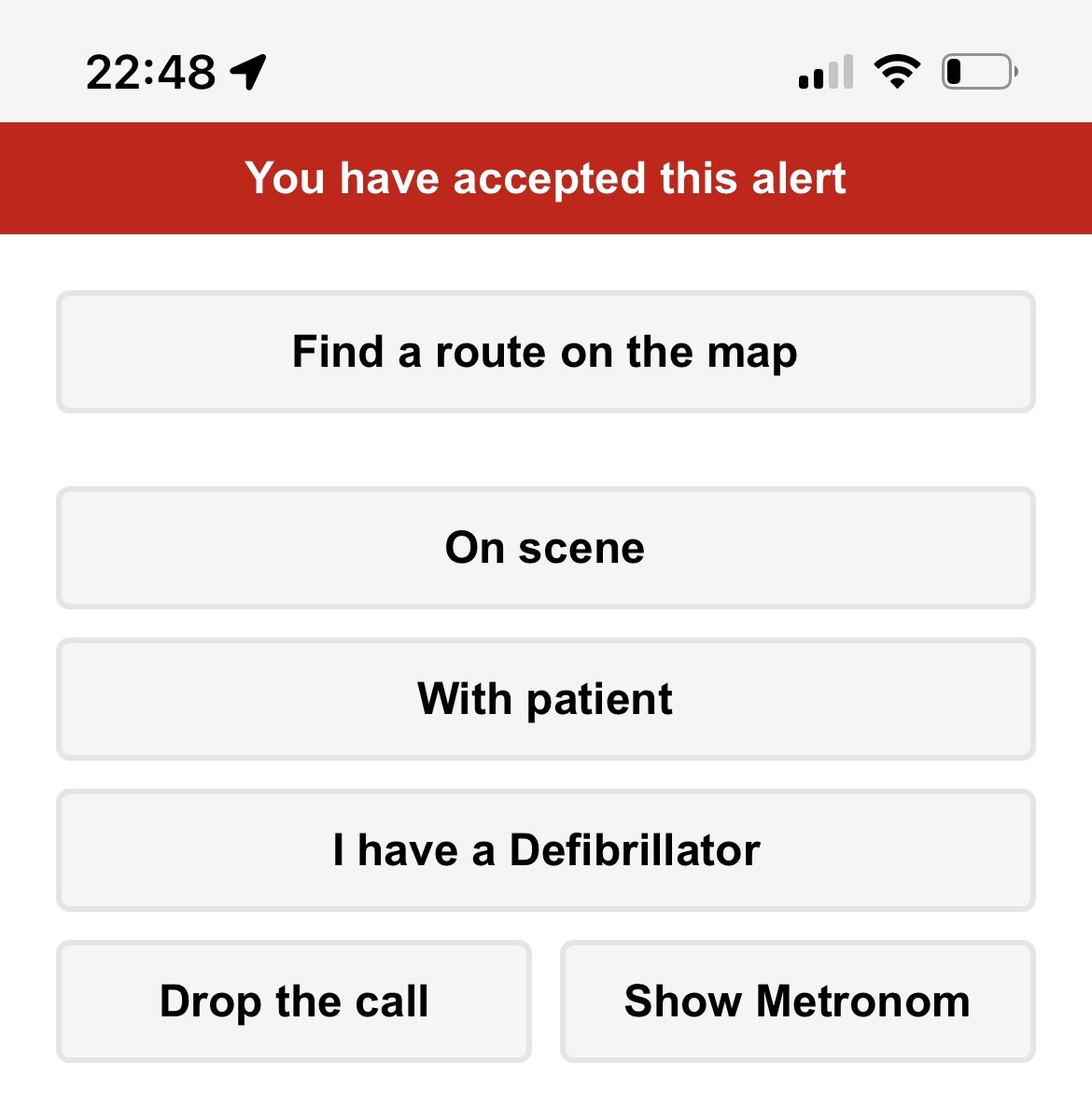 This user interface is terrible. I pressed the button marked ‘On scene’. The text then changed to ‘No longer on scene’, but the button didn’t change appearance. I couldn’t make it out — did the words indicate a status, with the app showing that I was now no longer on the scene, or did I need to press the button to tell people that I am no longer on the scene? There was no other indicator anywhere in the app to say that a message had been sent to anyone. (And what on earth does ‘Show Metronom’ mean? I didn’t press it to find out.)

After fifteen minutes or so, two paramedics arrived. The two of us explained that we were GoodSAM first responders, which was the last interaction that we had with anybody. Baffled, we walked away from the scene complaining about how rubbish the GoodSAM app was. The other responder said that he thought up to two people get alerted for any given incident, but this seemed to be guesswork based on experience rather than knowing this for sure.

I checked the app again a while later and found something under the ‘Reports’ tab. It also showed a whole bunch of unread notifications from my previous stint as a first responder about five years ago:

Swiping left on the latest alert gave me a form to complete which included a plethora of fields whose labels didn’t make any sense to me. I had to answer questions such as whether the casualty lived, died, or is still being treated. How would I know, if I had left the scene an hour ago? 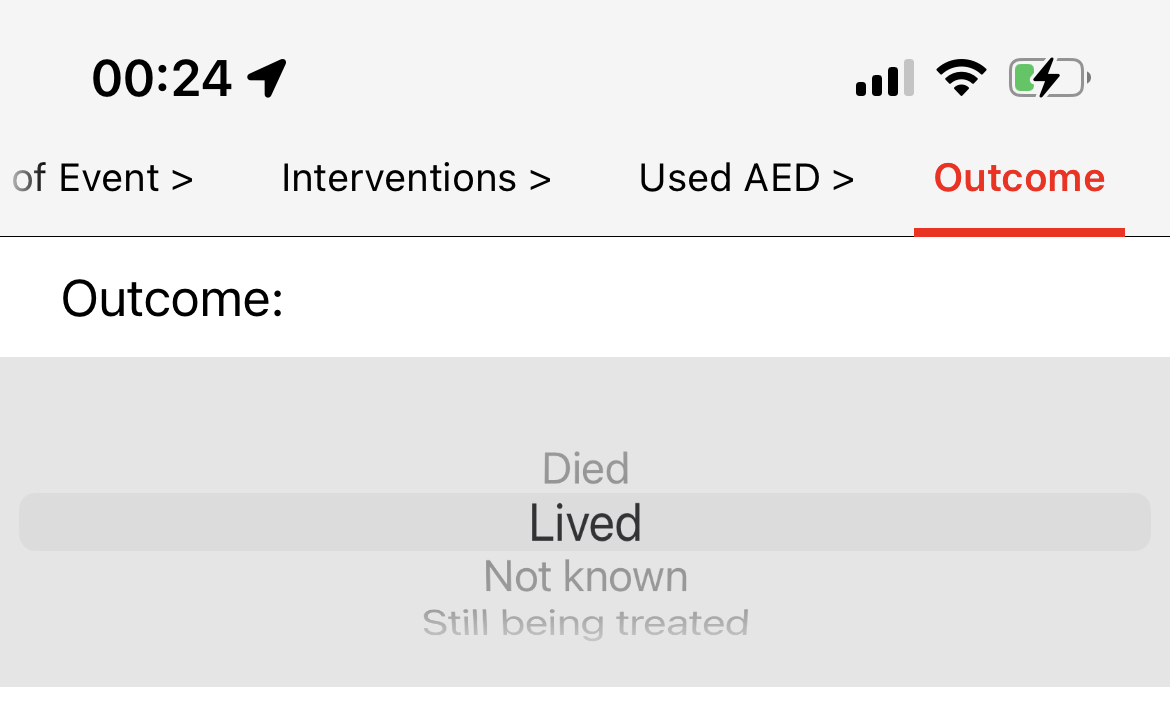 Outcome. I’ve no idea which of the bottom three options was the correct one to pick.

What happens with this report? Who gets it and reviews it? I have no idea, and the app offers no clues.

I now have a chat thread called ‘Organisational messages’ which is another example of how confusing the application is. The the messages that I and the other responder sent are no longer visible, but some messages from 2018 are. It’s so random.

What will now disappear from my device?

I love that this app exists and that it allows me to put my first aid skills to good use. I am sure that it has saved lives by getting skilled first aiders to casualties quickly. I just don’t understand how the interface can be so dreadful, and how it hasn’t improved in all the years that it has been available. NHS Trusts are paying to use this service, but I am not sure they are aware about how awful the experience is.