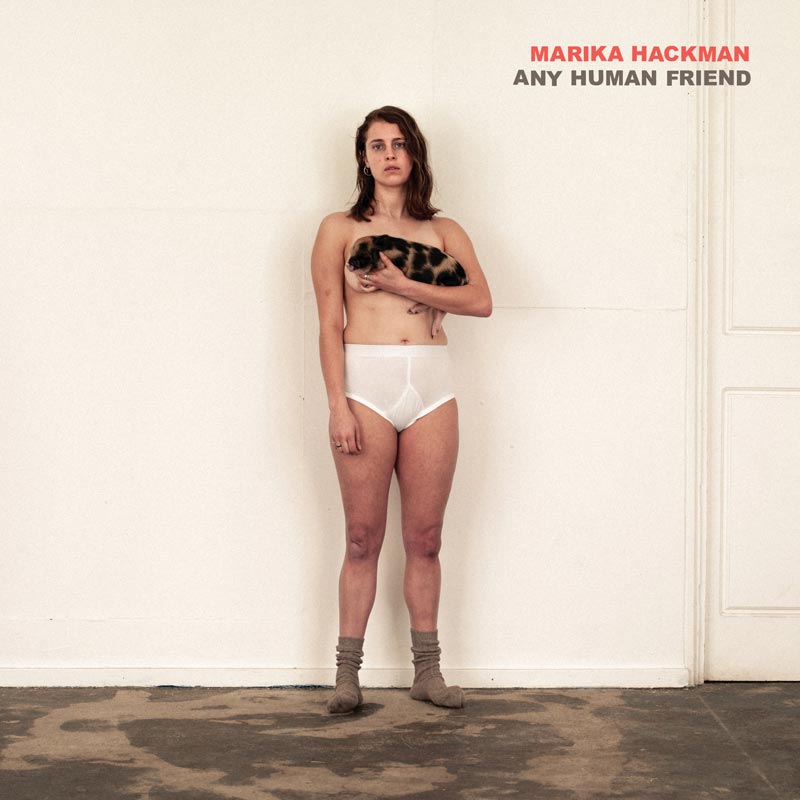 Warning: The songs in this blog post contain a significant amount of swearing and other adult material. It’s best not to play them out loud if there are little ears around.

I first heard Marika Hackman in early 2019 through my Spotify Discover Weekly playlist. I tend to stick Discover Weekly on in the background as I commute to and from work on the train. The playlist has been consistently excellent at introducing me to new music. As my brain is unfamiliar with the songs, it stops me from getting distracted — if I don’t know what comes next I find I can concentrate more. Occasionally, a song will break through into the foreground of my consciousness for a bit; I tend to ‘like’ them to explore them later, and then carry on with my work.

Marika Hackman’s Time’s Been Reckless was a different beast. It demanded to be listened to and made me completely stop what I was doing in order to pay attention. After a couple of plays of the album that this song came from, 2017’s I’m Not Your Man, I found myself becoming obsessed. It’s very rare for me to go back and start an album again as soon as it finished, but for weeks I just didn’t want to listen to anything else.

When I heard that Marika had new music coming out in 2019 I felt as though I had found her at just the right time. But how could the new album be anywhere near as good as I’m Not Your Man? The first single, I’m Not Where You Are, was very catchy but more electronic and poppy than what I had fallen in love with. I played it a few times, enjoyed it, but was worried that I wasn’t going to like the new stuff as much.

A little while later, The One came out. I was worried. I liked the music even less than the previous single. It was even more poppy and further away from the downbeat masterpieces on I’m Not Your Man, with amusing lyrics, a fancy video and some weirdness that I just couldn’t get my head around. It seemed gimmicky.

But when it was released in August, hearing the album changed everything. It all made sense. Any Human Friend is a masterpiece.

With 11 tracks spread over just 41 minutes, the album is a perfectly-sized thing that is much greater than the sum of its parts. It starts off with Wanderlust, a strange, folksy, delicate lo-fi song, somewhere between something off of Marika’s first album and an early song by Kathryn Williams. As it peters out, the start of The One is in perfect juxtaposition, ramping things up to its modern sound. It really works, and repeated listens reveal a depth to the song that I didn’t realise was there at first. Marika has even put out a couple of acoustic versions of the song which offer completely different perspectives, showing how good the song is.

All Night then brings things down again, with effortless vocals and a simple guitar riff quickly turning into a song that is lyrically shocking, but delicate and dreamy in its delivery. It quickly became my favourite on the album at first. It’s been difficult to stop myself from singing this as I go about my day, but given the lyrics it is one to whisper in your head as opposed to sharing it with everyone around you.

Blow has a wonderful eighties-sounding synth beat to it, and a release when the chorus comes around that you didn’t realise you needed until it arrives. There are echoes of The One, particularly in the backing sounds which are like the ‘human’ instrument on the old organs from the 1980s. I’m Not Where You Are follows, which again sounds so much better now that it is in the context of the album as a whole.

Send My Love is probably the highlight of the album for me after repeated listens. Forlorn and full of melancholy with a layered complexity that quickly creeps its way in from a simple start. When the song’s main lyrical content is over, it has built to a grand instrumental soundscape which makes me feel that I am at the top of a hill looking at the land all around, before being stripped back to leave nothing but the strange robotic vocal chant at the end. Cleverly, the same repeated lyric that finishes the song is actually the hook of the next one, Hand Solo. I don’t think I noticed it at first, and I imagine that if you have the vinyl this would be even more subtle as a flip of the record stands in between the two tracks.

Hand Solo is the third single from the album and at first I thought it was going to be gimmicky (with that title) but it’s actually a fantastic tune — bass-driven and thumping, again with the layers that reward repeated listens. There’s an excellent live version on YouTube that highlights just how good this song is1. Once again, it’s over as quickly as it starts.

The echoey sound effects at the end of Hand Solo turn into the the complex opening beats of Conventional Ride, which despite its strange timing turns into a relatively straightforward song. It’s good, but like all of the songs on the album it doesn’t outstay its welcome before getting into a Beatle-y dreamscape finish.

Come Undone has a swagger about it which you can’t help but love, with a bass riff that makes your feet want to dance. All of the elements from earlier in the album come together here, with very loud, almost grating FX-heavy guitar which gets better every time you hear it. The chorus is a real earworm; this is the other song that I found myself singing in my head.

Hold On brings something different again. It puts the brakes on, with a simple downtempo metronomic beat — at some points that is literally all you hear for a few bars — and eerie echoey vocals that are almost impossible to make out. Magnificent and beautiful.

Despite being the title track, Any Human Friend is probably the least memorable of all the songs. It has a fresh feel to it, almost like the sound of a clear new spring day after everything that has gone before, with minimal effects and Japanese-sounding strings. It’s a satisfying end.

The lyrics throughout the album are amazing. They are extremely explicit in parts without feeling like they are there just to shock; there is always a point. I haven’t yet bought a vinyl copy as it would be a rare occasion when I would be able to play it out loud; it’s definitely one to enjoy with headphones on your own.

I love this album. I’ve played it so much, but still enjoyed listening to it as I wrote this post. Marika Hackman is an incredible artist. I’m fortunate enough to be going to see her live in March next year, and I can’t wait to hear what she’ll do next.