I’ve recently been listening to Spotify’s Discover Weekly playlist on my commute. It’s good to have on in the background when I need to get some work done; if a song draws me in I can quickly capture it and explore it later. This week it threw up a weird one with what I thought was a bizarre recent electro cover of Eric Clapton’s mid-1980s track Behind The Mask, by the Yellow Magic Orchestra. I wasn’t overly-enamoured with it and skipped ahead.

Just hearing half of the song was enough for the earworm to bury itself in my brain. So, I went back to explore and ended up going down a rabbit hole. To my shock I found that this was actually the original from 1979 and that Eric Clapton’s version is a cover version. For a piece of electro-pop that is nearly 40 years old, it still sounds very fresh.

Hearing it again only puzzled me more. Yellow Magic Orchestra’s original version only has lyrics for the ‘minor chorus’ of the song1. Where did Eric Clapton’s lyrics come from?

Wikipedia of course has all the answers. Apparently a chap called Greg Phillinganes covered the song on his 1985 album Pulse:

Listening to it now, it sounds like the bizarre love-child between the Yellow Magic Orchestra and Clapton versions. All the lyrics from the Clapton version are there, including the backing vocals as the song winds down. He has also kept the prominent synths from the original — probably delivered by the keytar that he is clutching close to his chest on his album cover. 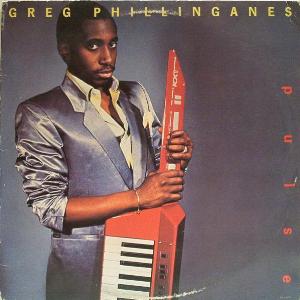 In the 1980s, Phillinganes was keyboardist for Michael Jackson and it turns out that the King of Pop himself  is responsible for all of the additional lyrics. The end of the song (from around 3:54 onwards) sounds like a mini-tribute to Jackson and doesn’t really fit with the rest of the tune, but it does give a clue to its pedigree.

Jackson had recorded the song himself in 1982 for the Thriller album but due to disputes over royalties it didn’t surface until Michael was released posthumously in 2010. It doesn’t sound like a track from 1982; I’m sure it has been extensively reworked and the results are pretty great.

Phillinganes had taken the song to Clapton who recorded it for his August album in 1986. Phillinganes contributes both keyboards2 and backing vocals, giving us a direct line between all three covers. Going back to this recording, which I’ve known so well since I used to hear it in my dad’s car as a boy in the 1980s, is strange after following this weird journey. But I still love it. Thanks Dad.