In the Indieweb spirit of owning and hosting all of my stuff on my own website I’ve uploaded a copy of my Twitter archive here. You can now go and view, and search, all of my 30,000-odd random thoughts from the past decade or so without leaving this website.

I’ve had a feeling for a while that I haven’t been using Twitter as much as I used to a couple of years back. The ‘index graph’ that comes as part of the download package seemed to confirm this, but what was stark for me was exactly how long ago I really was a ‘heavy’ user. Things seem to tail off after 2011, a couple of years after I started.

(This fits with the general pattern of me getting older and thinking that ‘most things’ happened a couple of years ago whereas actually they took place much further back. “Oh, Ronnie Barker died a few years ago.” Yes, 13 years ago.) 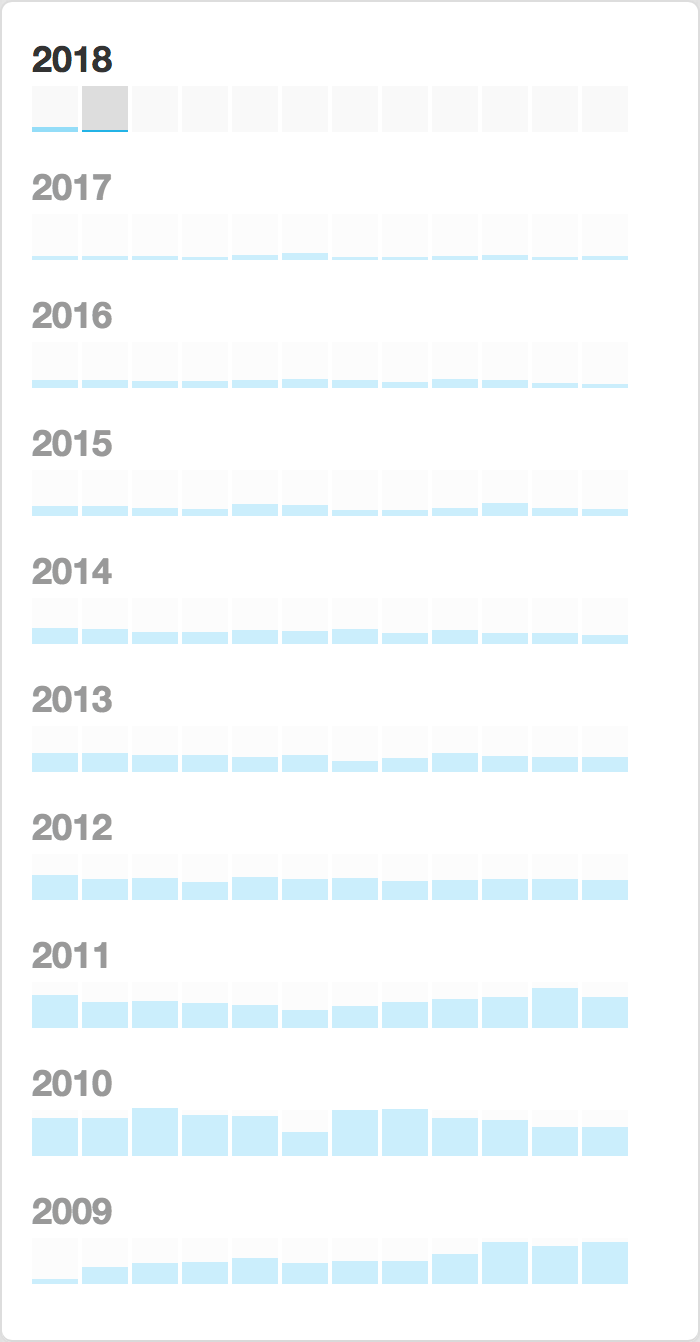 I thought it would be interesting to take the monthly statistical data (it’s in a .js file in the Twitter download) and see exactly how much my usage had declined by plotting it in a proper chart. Here’s where I got a second shock. If you follow the trend line from mid-2010 this is pretty much the exact point where my usage bisects zero: 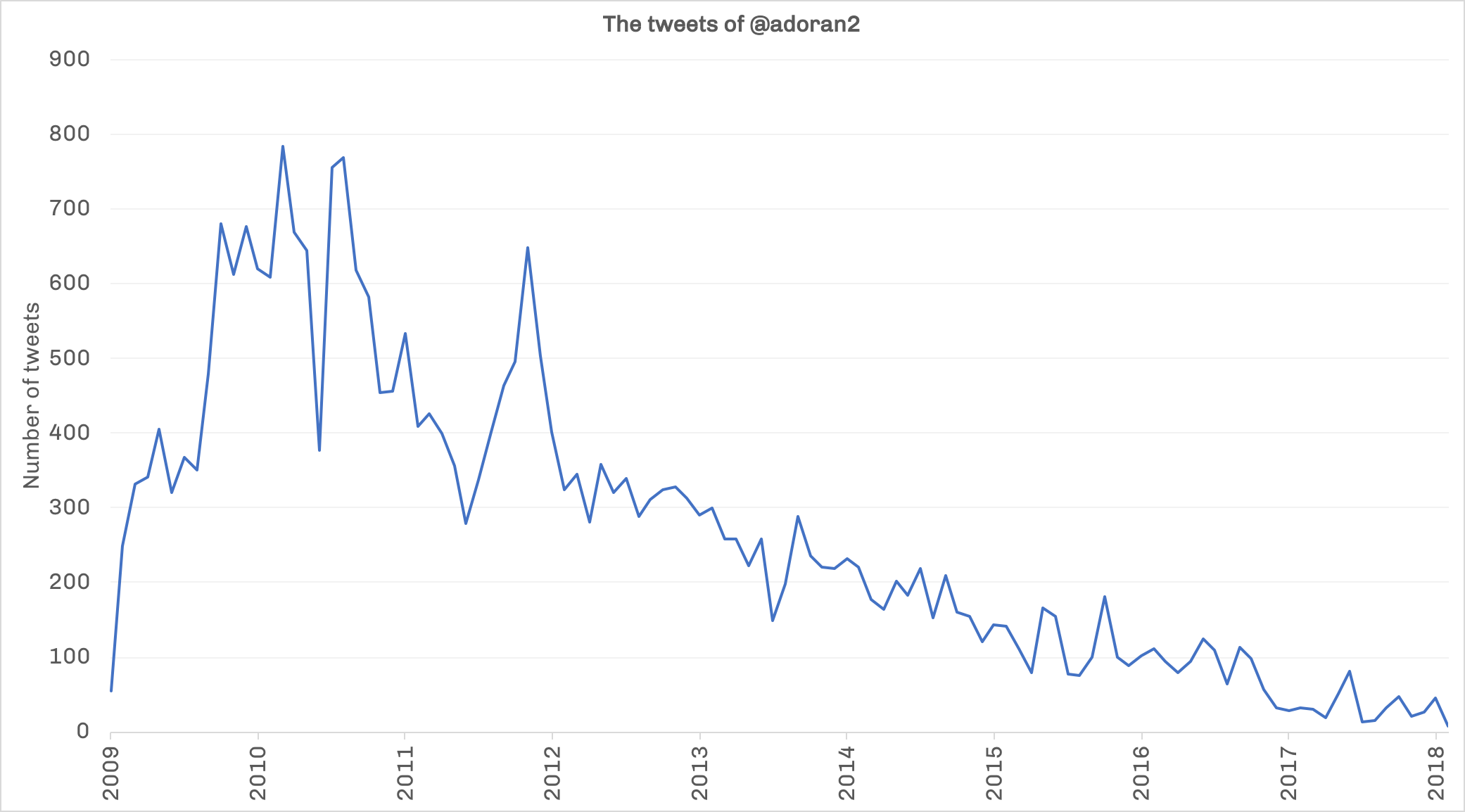 I have such fond memories. Back in the day I made some lovely friends, had interesting discussions about all kinds of topics, organised Tweetups, and generally had a great time. I even had good conversations aboutwork — Twitter and it’s wonderful hive mind had utility. But it became exhausting. Fear of missing out meant that I didn’t unfollow people unless there was really no value in what someone had to say. I gave up on trying to keep up with my main timeline and switched to using lists, one for the Technology folk I was interested in following closely and another (private) one for my friends, family and anyone else I didn’t want to miss. I also had the odd one here and there for when something was blowing up in the financial markets or Formula 1 and I wanted an up-to-date commentary. But even that was too much. I don’t know how much of it was a change in me or a change in the place itself, but I can’t find the energy for it anymore.

I still add people to my follow list quite liberally, as I know I’m not actually going to read their tweets. These days my Twitter feed is used as input for Nuzzel which notifies me when articles get shared by more than five people in my timeline.

Life seems a lot healthier with longer form content of blogging, reading and more considered discussions. The time I used to spend reading my timeline is now instead spent in the Kindle app or going through blog posts in Feedbin/Reeder.

There are still lots of people I admire who seem to get a lot of value out of Twitter and still be productive and do great work, but I don’t feel like I can be one of them in any meaningful way.