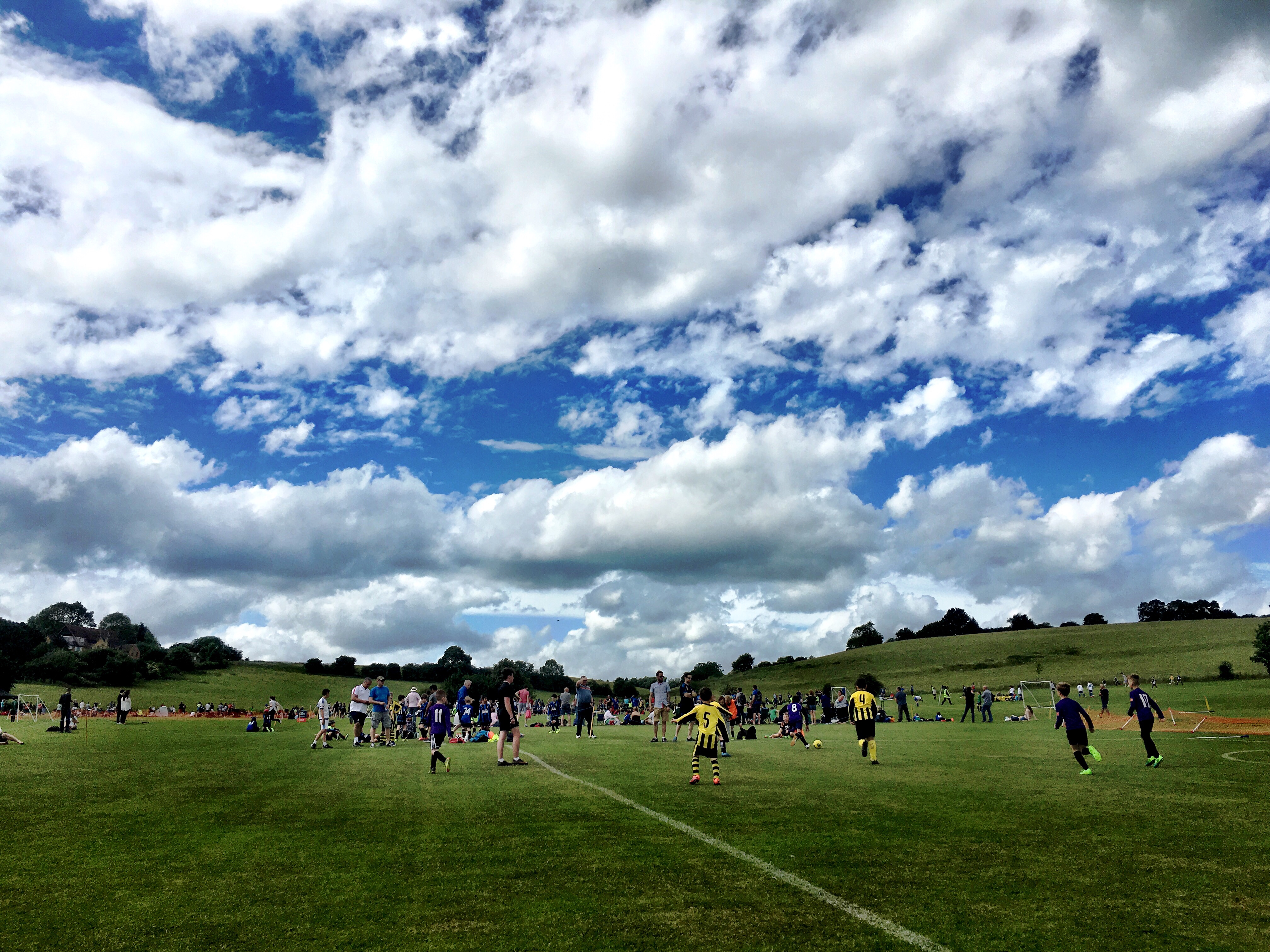 A couple of weekends ago I spent an entire Sunday sitting in a field watching my two young boys competing in the Berkhamsted Raiders football tournament which traditionally marks the end of our season. Raiders is a great club to be a part of — we have won FA and European recognition for the club, and particularly how it is run in the spirit of respect and fair play.

If you turn up at a match at our club you will always find someone has put up a ‘respect barrier’ rope along one of the lengths of the pitch, the idea being that the supporters from both teams stand behind this to watch the match. This gives the players, coaches and referee a bit of distance — a brilliant idea, particularly when the match is getting heated and temperatures are running high. It’s always the job of the home team to get the respect barrier up before the game. If the person putting it up has managed to untangle the rope and get the support poles into the frozen ground, an aerial view of it would look like this:

Typically when the supporters turn up they cluster at each end with people that they know. Here they are, eight supporters of each team closely watching the ball which is dangerously close to the goal on the left:

The problem with this setup, especially when the ball is close to the line near the respect barrier, is that not everyone can see. If the action is directly in front of you it’s fine but if you are at the other end of the pitch or even a few people deep, the angle to the ball means it becomes very hard to maintain a clear line of sight. Everyone is straining to see which only makes the situation worse: 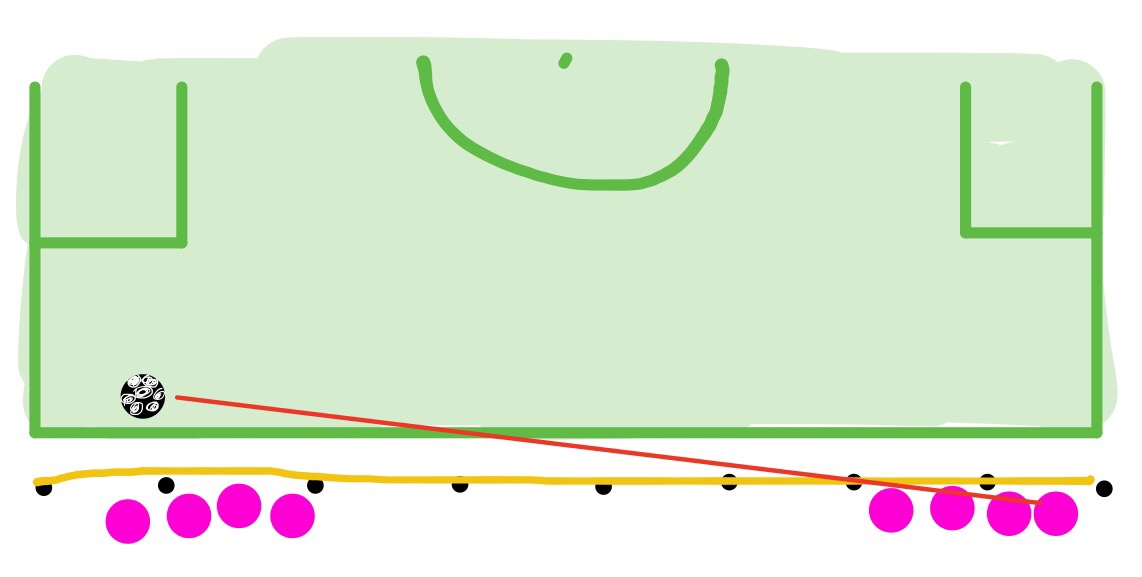 Ladies and gentlemen, there is a solution to this problem! I’d love to take credit for it but it has to go to a fellow parent from another Raiders team who suggested it to me. Instead of having the respect barrier completely parallel to the length of the pitch, it can be configured in a ‘V’ shape as shown below: 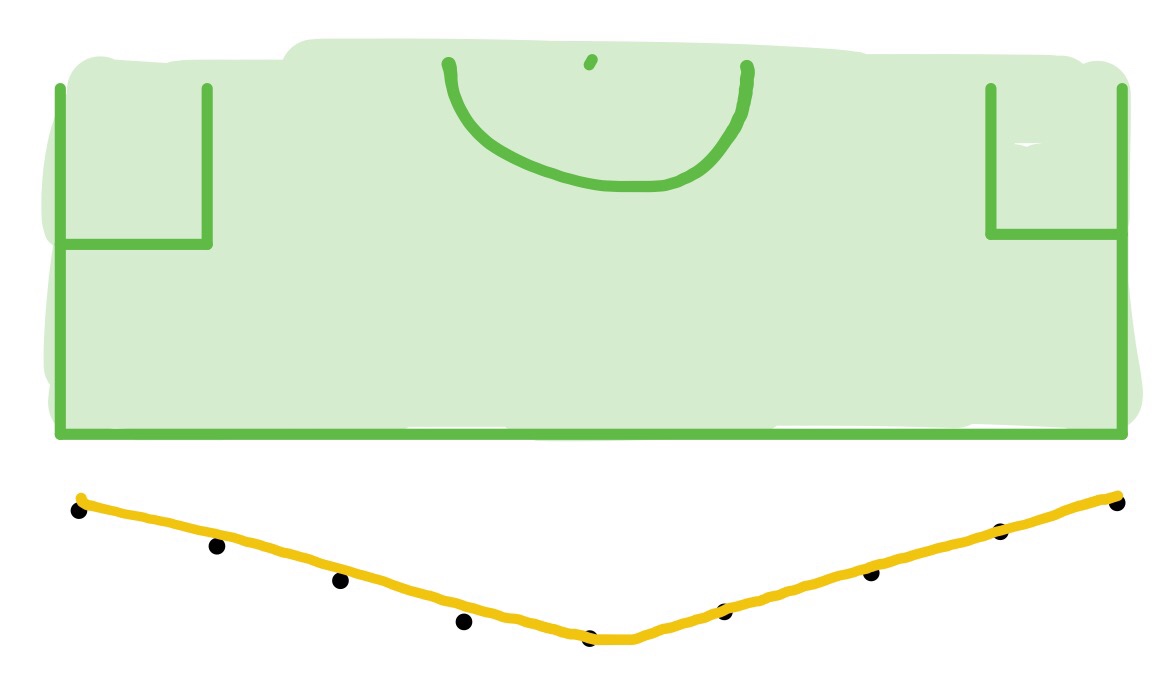 Assuming that people don’t push so far forward that they strain or break the respect barrier (showing very little respect in the process), everyone at the front should then have a reasonable chance of seeing the action wherever it is on the pitch. Occasionally this can be difficult to do where one pitch sits alongside another one, however the ‘V’ doesn’t have to be very deep in order to have a massive impact on visibility: 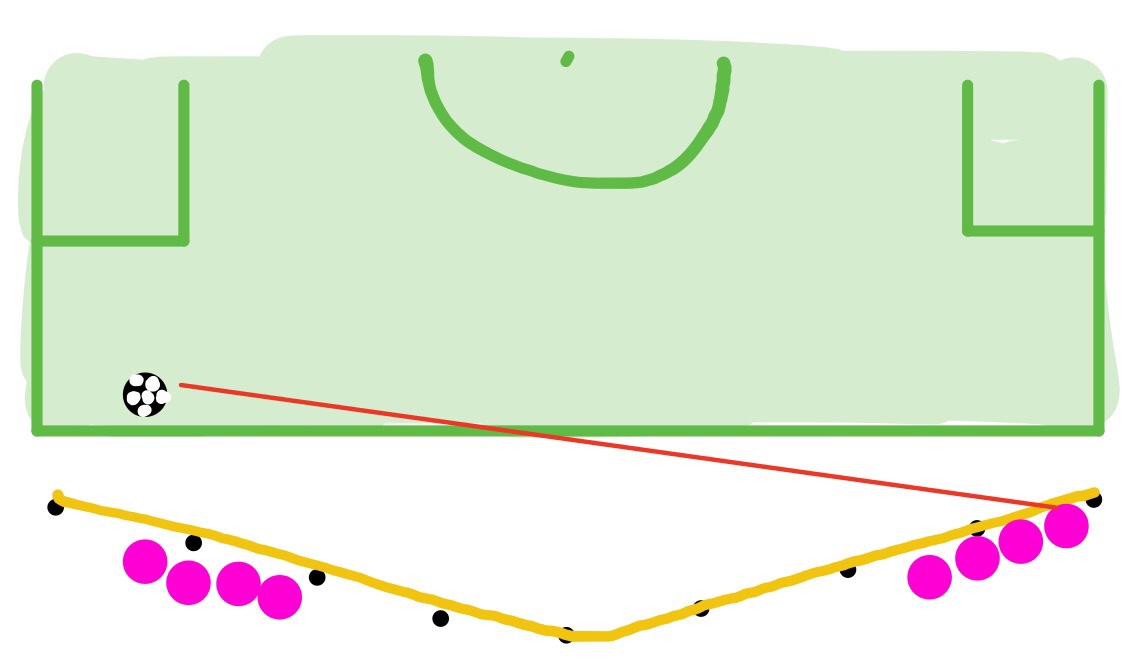 Hopefully, armed with this knowledge we’ll be able to go into next season being able see even more on-pitch action than before. Well, at least at our home games.