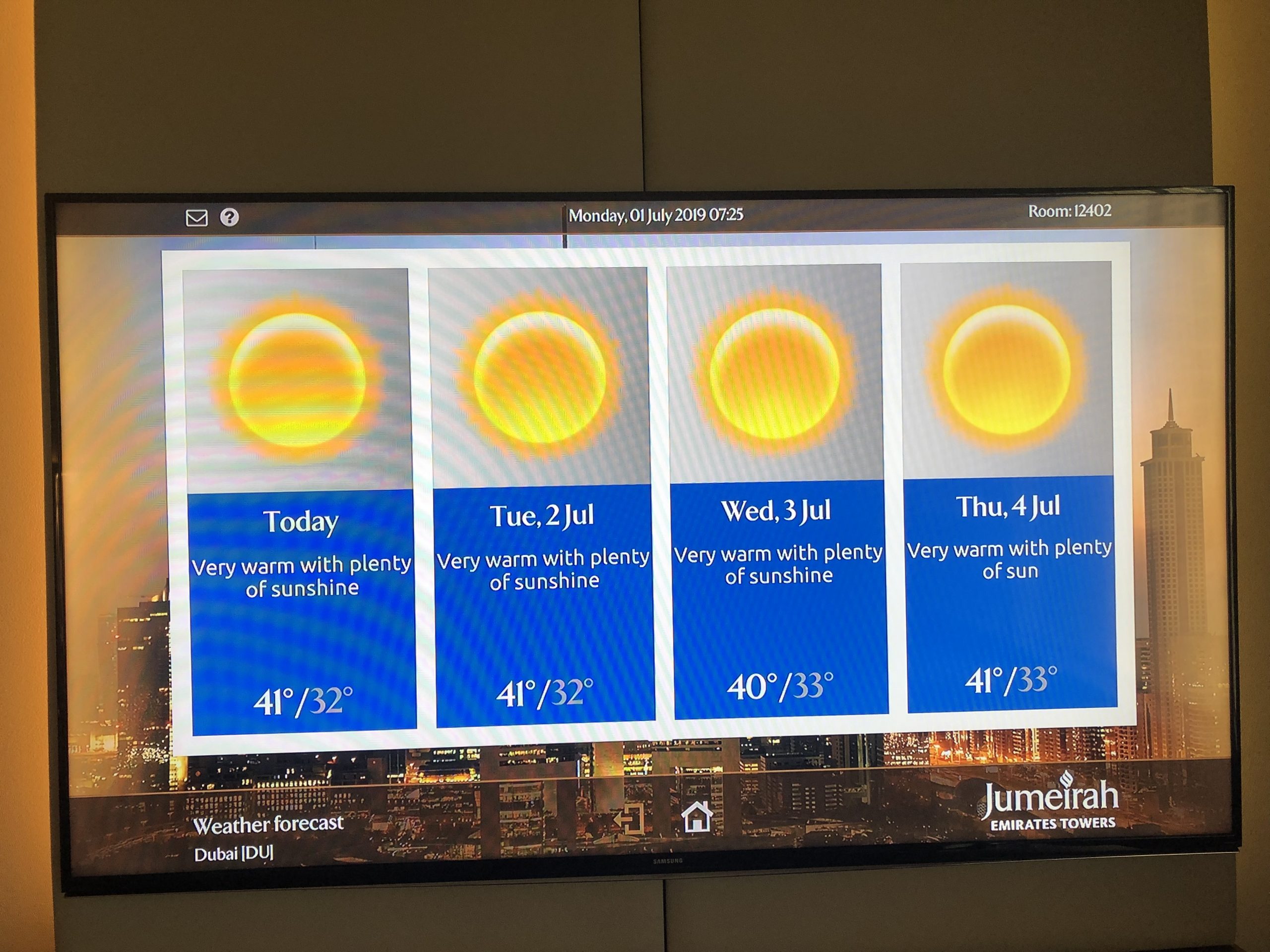 Three years ago, on a business trip to Dubai, I took this photo of the weather forecast on my hotel TV screen. I remember sending it to friends to show them just how crazily — unbelievably — high the temperatures were. It never crossed my mind that this short time later we would see those same temperatures in the UK. Monday and Tuesday were hot. Alice Bell’s tweet captured my mood perfectly.

I feel sick. It’s not the heat, it’s what it means.

I stayed at home for the first few days of the week. The train companies had advised us to stay at home. Services had been reduced to two trains an hour, running slowly over potentially dangerous track. We managed to keep our house at a relatively cool 27°C but my home office is like a greenhouse; I had to keep the door open, and only had a fan blasting warm air at me for any kind of relief. The cats weren’t impressed, stretching themselves as long and low as they could in order to cool down.

I felt as though I got lots done this week, managing to get focused quickly when I was at my desk. It’s been a week of ideas, many of which I’ve had to jot down with the intention of working them out as blog posts sometime soon. This weekend I’ve had to spend some time at my desk to close off a few things as I’m about to enter a few weeks where I’m going to be short of time.

Next week: Presenting at the Architecture Community of Practice, a summer social at work, attempting to requalify as a First Aider, a debrief from our recent conference and preparing for a trip.