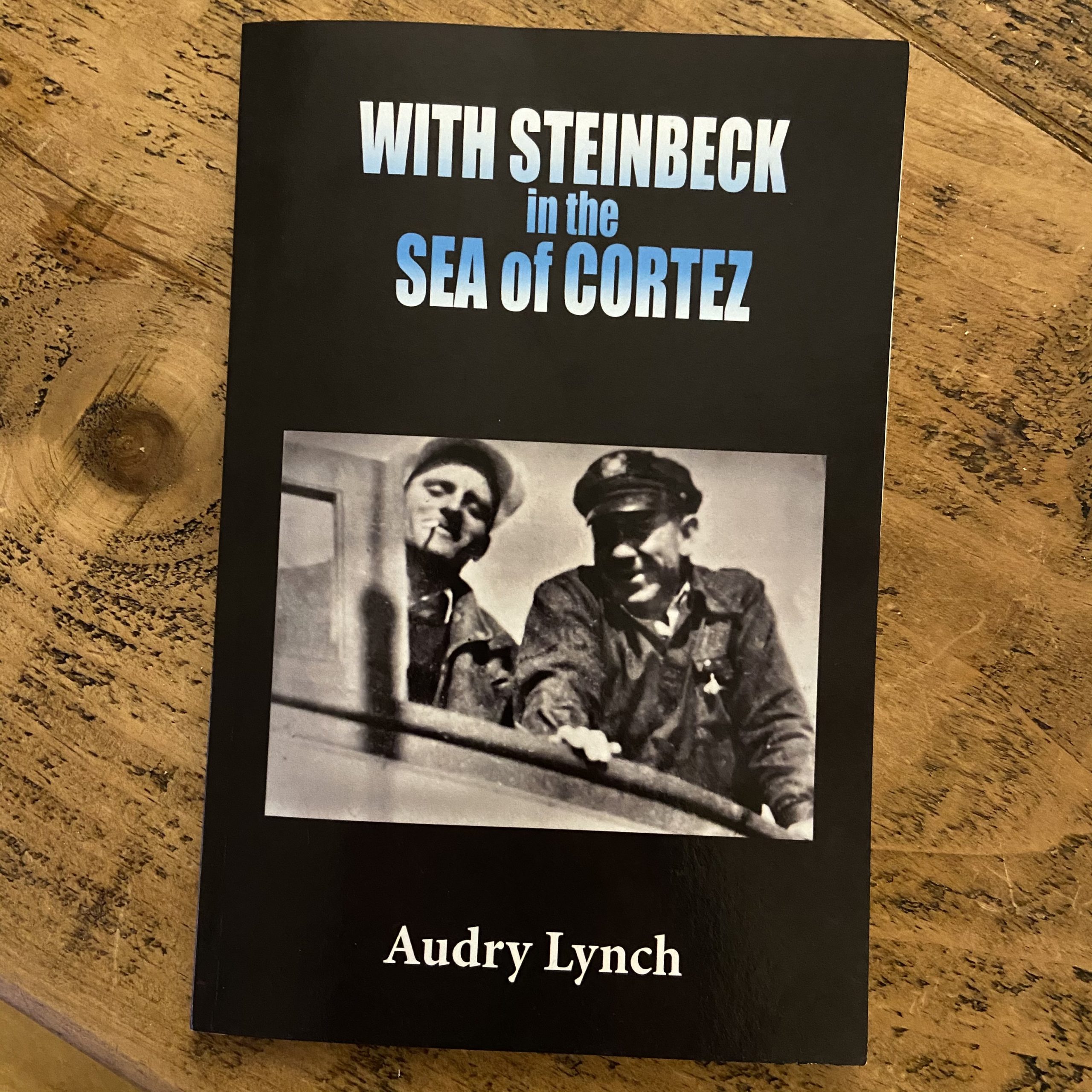 A really lovely supplement to the main Sea of Cortez book. This should probably have been attributed to ‘Sparky Enea with Audry Lynch’ as it is essentially his story, which Lynch put together through hours of interviews. There is much more substance and detail here than in Steinbeck Remembered, another of Lynch’s works that I read recently, which covers a greater expanse of his life at much less depth.

There are some fascinating insights, such as the fact that the boat hired for the trip, the Western Flyer, was hired for $2,500, which sounds like a gigantic sum of money for 1940. Carol Steinbeck doesn’t come across very well, and not just because the men on the trip seemed to assume that she would cook for everyone (she didn’t.) I plan to read Susan Shillinglaw’s Carol and John Steinbeck: Portrait of Marriage to get a much better understanding of this important person in Steinbeck’s life.

Hearing that Steinbeck and Ricketts took a bit of artistic licence with the things that happened on the trip when they wrote ‘Sea of Cortez’ doesn’t take anything away from their story. 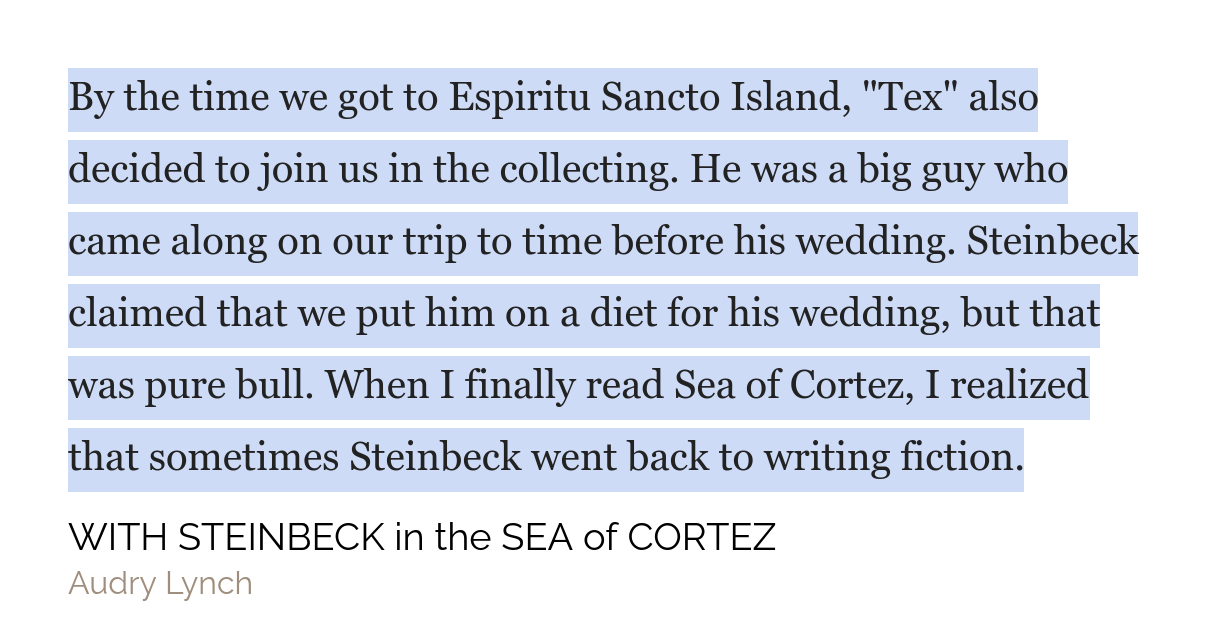 It’s a tiny book — more of a pamphlet — and well worth a read if you are familiar with the story of the original journey.