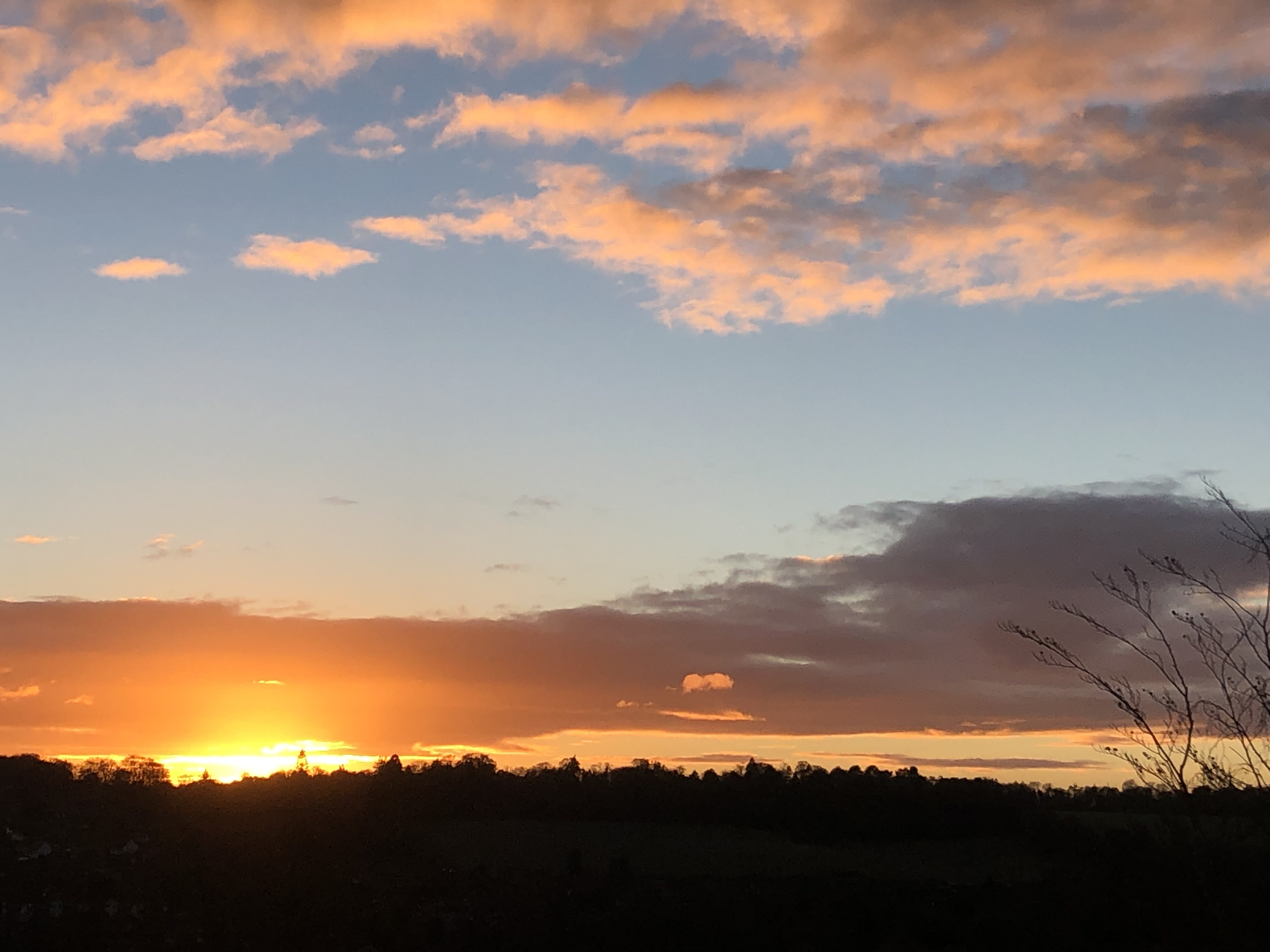 I’ve spent the last week suffering with a severe eye-watering, nose-blockaded man-cold. The second in a month. It’s left me feeling exhausted in the evenings and craving little except sleep. No sympathy required — it’s on the wane now and I’m glad that I no longer feel like I am wading through molasses.

We’re behind schedule on our programme. Some key documentation is overdue and people will now start to drift away on their summer holidays in the Southern Hemisphere. I am hopeful that ultimately it will make little difference as there are still a lot of other paths of work running in parallel, but I am keeping in mind that every task is on the critical path if it becomes late enough.

My role in keeping things going is currently turning into one of chasing people up for things — documents, plans, legal agreements. The analogy that keeps coming to mind is that of someone who is moving house and has to keep on top of their solicitor so that the days don’t just tick by.

We have a key team member leaving us at the end of this month and given how long it takes for a recruitment process to run I am likely to have to pick up the project management aspects of his work in order to try and keep the programme on track. A big part of the next couple of months will be just working harder and longer to get through this additional work. He’ll leave a big hole in the team which will be difficult to fill in the short term.

I’m making progress with helping the team to show their work but this is still ripening and hasn’t yet come to full fruition. We’re getting better and I can see that some things are starting to click. I spent some time with a couple of our workstream managers, explaining how to use a burn down chart to visualise the planned work and to reflect whether we are on track. We have a workshop on Monday where I am hoping that it everyone will come away with an improved understanding of how the whole programme hangs together. As well as looking at our milestone map I am trying to get in the habit of keeping all of the agreed actions front and center each day so that we make sure we are following up on the things we said we would do. It’s more effort on my part but I am hoping that it will be worth it.

It’s been interesting to see how people shy away from conflict, and it is a good reminder that part of my role is to make sure we focus on areas of disagreement between people in the team and make sure that we resolve things quickly. People may agree to something in a meeting, either having thought that they heard something else or deciding that agreeing is the quickest route out of the current conversation, deliberately pushing it down the road. It’s painful when it comes home to roost days and weeks later. So much of work is about the people, not the processes.

Security is so hard, and I am sure it will keep people like Troy Hunt busy for the rest of their lives. There are lots of technical challenges out there but we don’t even have the basics right. I am sure that hardly anyone in the general population uses a password manager. Sometimes I come across processes where people send passwords via email and struggle to find the energy to explain why this should never be done. On Sunday I came across this in the ‘stocking filler’ section of John Lewis and held my head in my hands: 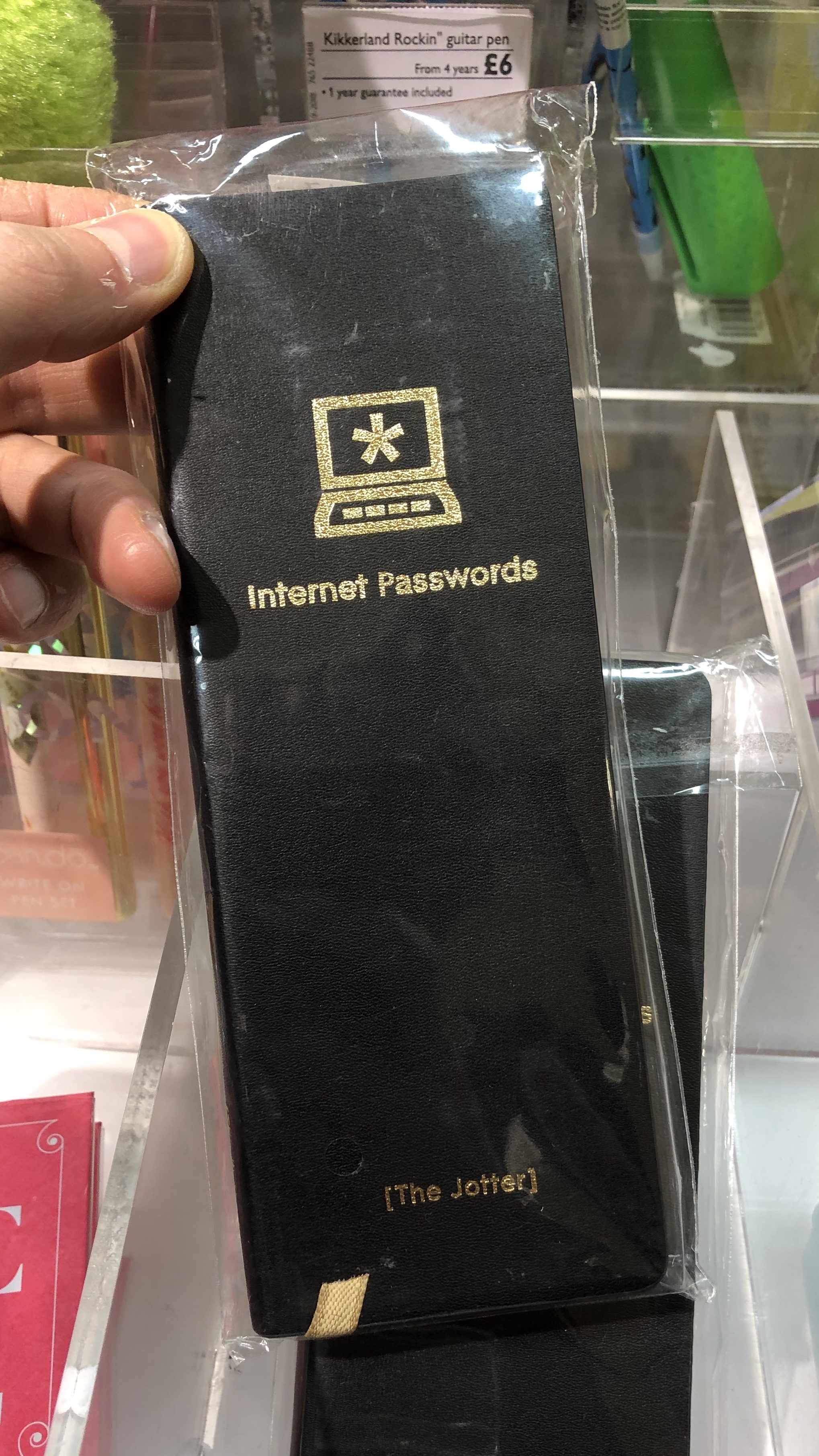 Nothing says ‘Happy Christmas’ more than a book of your very own security vulnerabilities.

I have also fallen victim to somebody (accidentally, I guess?) using my email address for their eBay account. I’m getting to see their bids, purchases, name and address. I am sure that this is a GDPR issue but I can’t for the life of me find where or how to report it.

Somehow over the past couple of weeks I managed to serendipitously schedule my nights out around my periods of illness. Our babysitter has been clocking up some serious hours at our house and the boys have been getting very used to her being here. We’ve had some great meals with friends; it felt like we hadn’t socialised in a long time and it’s been so lovely to be out with everyone again. I also managed to meet up with a lot of old friends from UBS1, where I was first employed as a graduate almost 20 years ago. We’re all older, a little wiser, and lots has changed in our lives but it’s so funny how we’re all still largely the same. 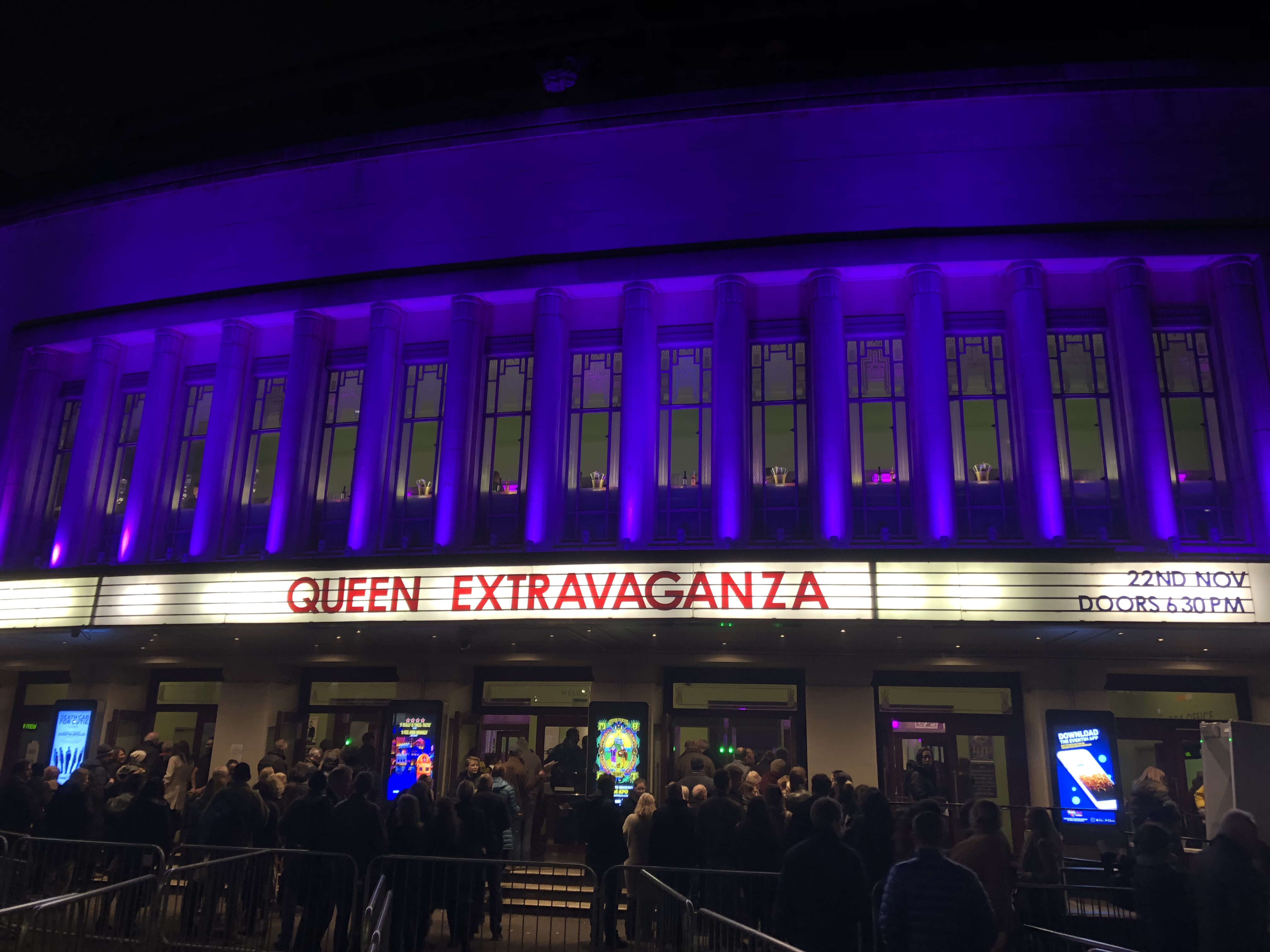 My brothers, our wives and I all went to see The Queen Extravaganza — the ‘official tribute act’ — at the Hammersmith Apollo. I’d booked the tickets on Christmas Day last year as I was gushing to them about the lead singer Marc Martel’s amazing voice. Here’s the video he used to audition to Roger Taylor, who was assembling the band, along with a completely mind-blowing rendition of The Prophet’s Song:

Eleven months passed. As the date drew near I re-checked where we had to be and looked up a bit more information on the band. Imagine my surprise when I found out that Marc Martel had left them earlier in the year. I was gutted, but possibly not as much as this guy on Twitter: 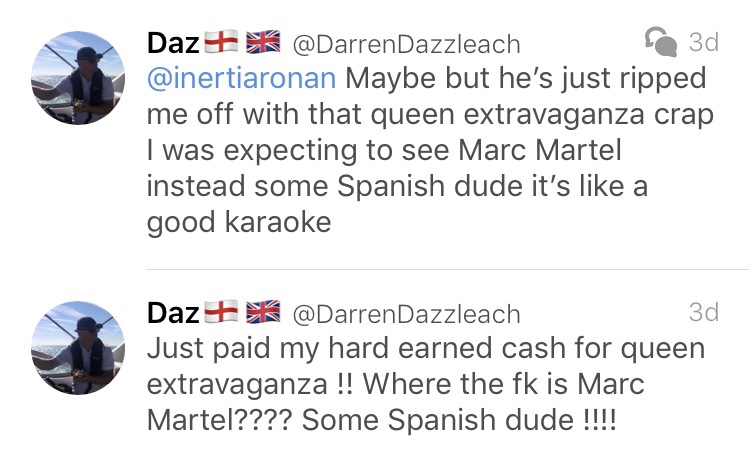 A bit harsh, but the new lead singer Alirio Netto really doesn’t sound like Marc Martel. Or Freddie Mercury, which I guess was the point. When he first came out and announced himself my face dropped and I was worried about the next couple of hours. But…the musicians were absolutely incredible and by about the third song we were all having a brilliant time. It was a concert that gave me goosebumps in places and I was so glad I went. 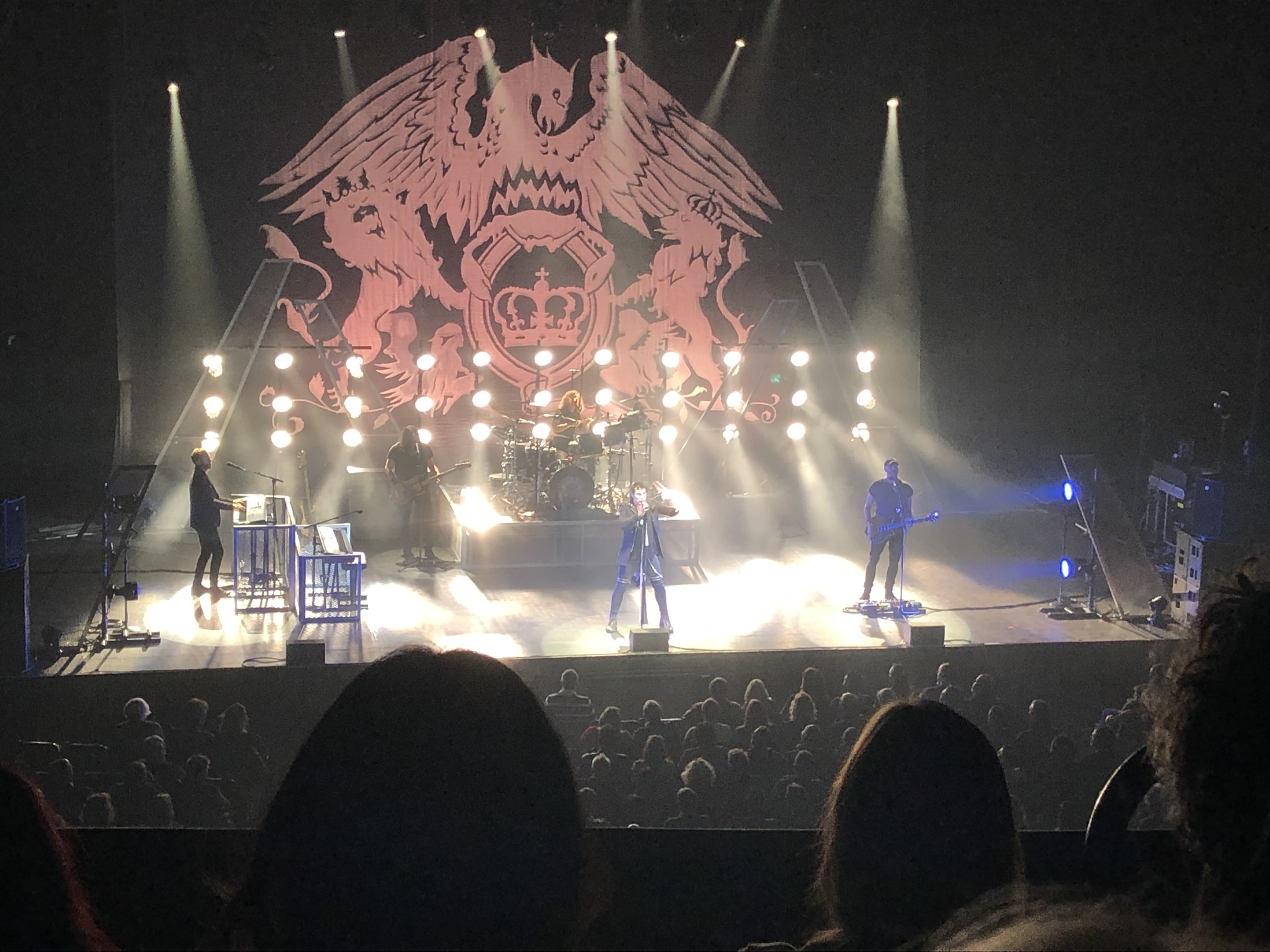 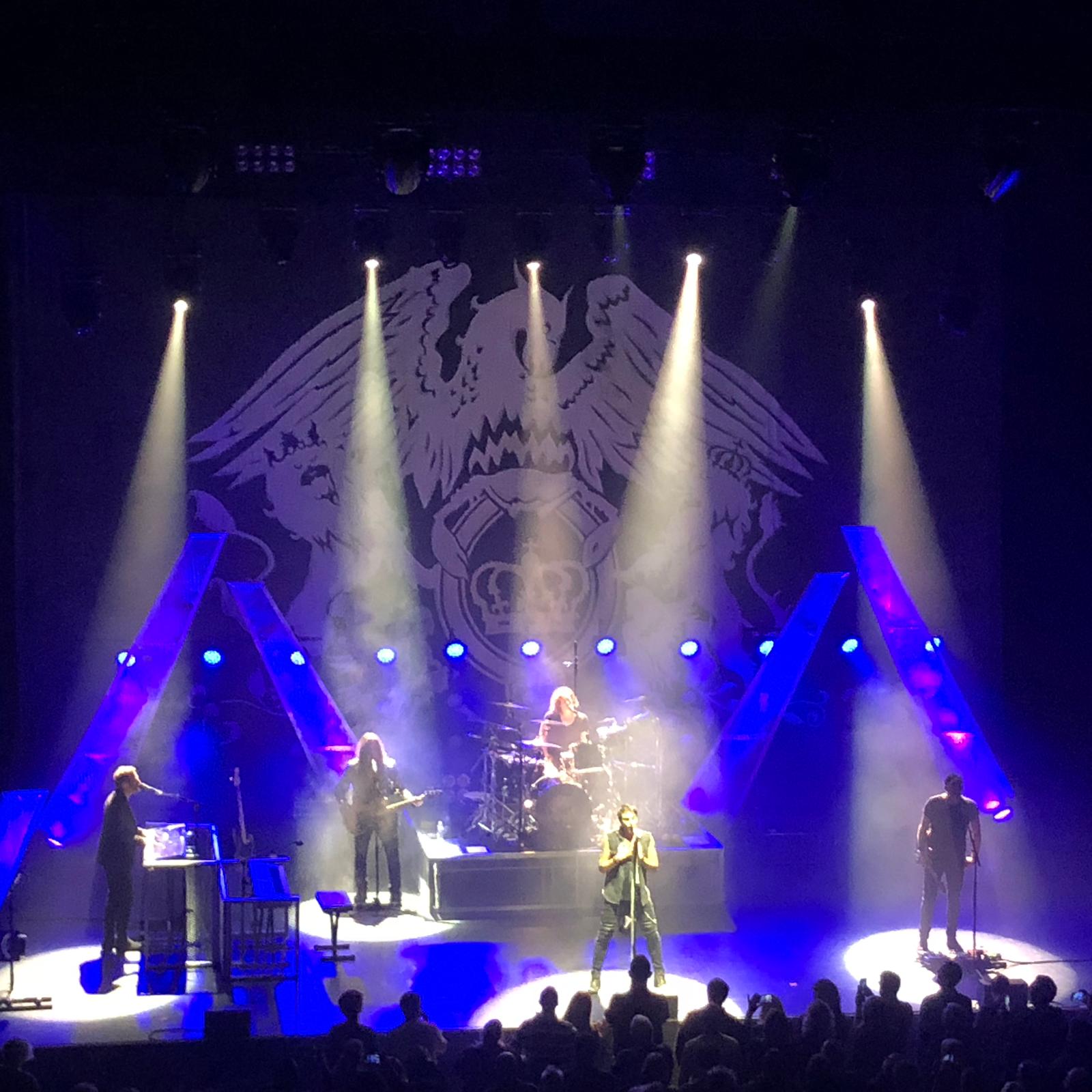 Musically, aside from the concert I have been continuing to work my way through the batch of LPs my Nan gave me, complete with white-label Strawbs LPs, signed Rick Wakeman records and a few other odds-and-ends2. I’ve also been completely obsessed with Amber Arcades’ two albums, and in particular this song:

Next week: A billion things at work with only three weeks to go until Christmas. Thinking about signing up to the Chiltern Classics Reliability Rides to start 2019 off on the right foot. And yet another anti-Brexit rally; I don’t really want to give up my Sunday but it’s still too important not to stand up and be counted.