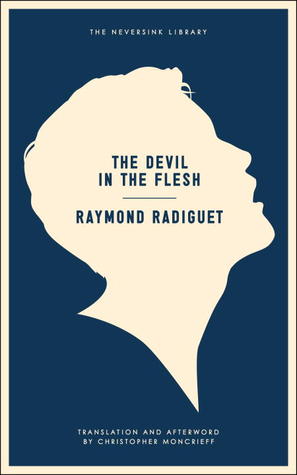 A really good read, particularly when put in context of the author’s short life and the time it was written. I read the Melville House edition of the book and enjoyed the afterword by the translator almost as much as the work itself.

There is a farcical scene in the book where a former town councillor, Monsieur Marin, and his wife host a gathering, which when I read it made me think of readers of The Daily Mail:

“I discovered that the entertainment the Marins were planning was to stand under our bedroom later in the afternoon and catch us in the act. They had probably acquired a taste for it, and wanted to broadcast their little pleasures. Being respectable people, the Marins naturally attributed this prurience of theirs to moral decency. They wished to share their indignation with all the other upright folk in the district.”

The translator’s afterword covers this point, as well as a larger one that the work shone a light of truth on the relationships that must have taken place while men were away fighting in World War I. That this must have been a feature of those times had never occurred to me; it must have been shocking to read about this when the book was published. We still talk today about conscientious objectors being given white feathers, but don’t hear so much about those people who weren’t directly affected negatively by the war:

“The narrator symbolizes the generation who witnessed the Great War from the safe distance of their “four-year-long holiday”, resenting how it intruded on their personal gratification in the same way their suburban calm was occasionally spoilt by the echo of serious events in the capital. In this it is impossible not to see a reflection of the hedonistic, predominantly suburban Western society of the present day, its spiritual vacuity that seems content to consume while creating little of lasting value.”

Time and again I find myself surprised by ‘old’ works of fiction and how modern and relevant they are. I tend to think of World War I as all-consuming for the people that lived through it but for some of course this may not have been the case.

This is a really enjoyable book and well worth the short time to read it.