I stumbled across Mary MacLane’s first book on the Melville House Publishing website where it features as part of their Neversink Library series. Instead of picking that up, I discovered Human Days: A Mary MacLane Reader and bought it with the hope that it would give me all three of her books as well as historical context and commentary.

MacLane has been called ‘the first blogger’ and I think that this is a fitting description. Her first book, The Story of Mary MacLane (also known as I Await The Devil’s Coming) reads like an introspective LiveJournal, all meandering thoughts, feelings and rumination on her place in the world. Completely fascinating.

Whenever I pick up an old book I am regularly jarred by the contrast between my automatic assumption that it will be a difficult text and the reality of how readable and modern the thoughts and feelings of the author can be. When you look at pictures of MacLane it seems that she belongs to another world but upon reading her it feels as though she would not have been out of place whatsoever on an early blogging platform 100 years later. 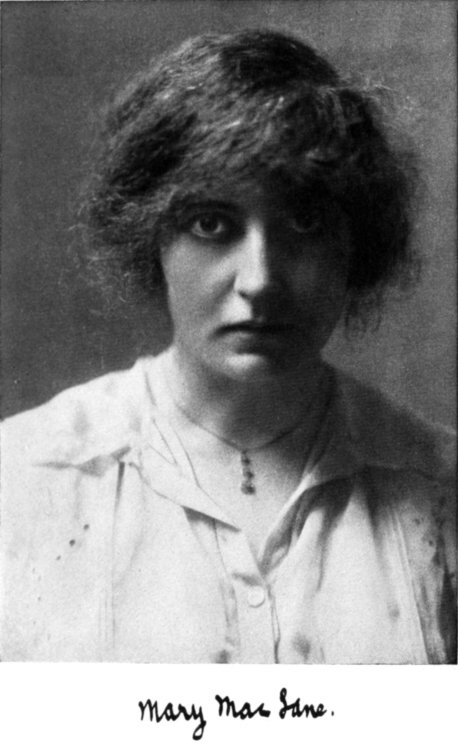 The book is in equal parts compelling and frustrating. In retrospect, reading a ‘complete works’ in one go was probably the wrong thing to do. My initial excitement about her writing wore off somewhat when I read the articles she had published once her first book was a success. Her second book, My Friend Annabel Lee was much less enjoyable and felt more contrived — as I read it I could feel that this was someone who knowingly had an audience and was now performing in public.

I would have loved to have had more context and commentary about MacLane the person and her works, particularly at this point, but the text that had been added was very brief and devoid of detail. I appreciate that this addition could have added massively to the length of the book but I felt that as presented there was little advantage to buying all of the books together, unless you wanted to read all of her non-book articles as well.

By the time we got to her third book, I, Mary MacLane, it had started to feel like a bit of a slog. I was reading so much of her thoughts but felt I was learning so little; perhaps that was her intent. A couple of times I thought about stopping but as soon as I did so I would get hit by a brilliant chapter and be compelled to keep going. Highlights for me at this point were the following chapters, which are worth reading by anyone:

I regularly found myself going off to look up some of the names that she mentions, for example Theda Bara, a famous actress of her time but now tragically unwatched due to her films being largely lost in a 1937 fire. There are many of these rabbit holes to disappear down. At the end of the book I discovered an extensive notes section which I only wish was hyperlinked in the eBook so that I could have read them in real time — going back to notes on a chapter some 600 pages before was not that useful.

So, overall this is well worth picking up but be warned — for me this was like diving into the ‘director’s cut extended special edition’ when I wasn’t even sure if I was going to like the main feature in the first place.